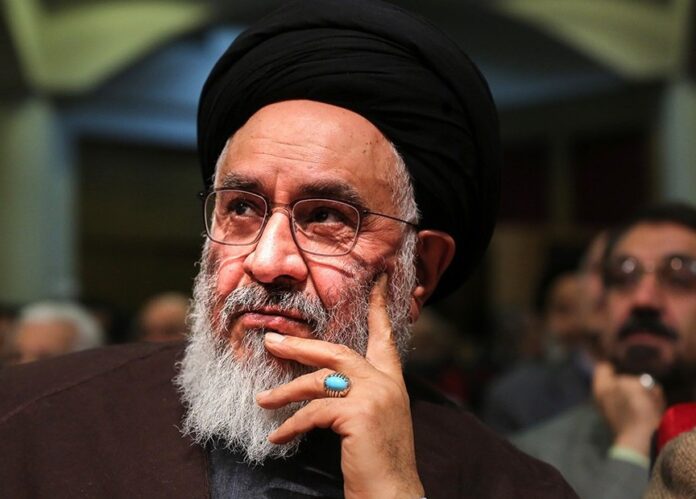 A senior Iranian cleric says he believes it would be religiously not permissible to use oil revenues to meet “current and development expenses” in the country.

Ayatollah Mohaqqeq Damad also says it would be religiously inappropriate to sell oil products and other energy commodities at low prices.

In a statement, the top religious figure elaborated on his point of view, from a religious standpoint, on oil revenues and relevant issues.

“The religious approach with regards to national resources in general, including oil and [natural] gas, is as follows: This wealth should, in the first place, be extracted using the latest scientific methods in the world because if [energy] is not extracted from shared [oil and gas] reserves, other countries [which share them] will extract it; moreover, the energy reserves could lose value in the not-too-distant future.”

“Secondly, after extraction, the earnings from the sales of oil products should be funneled into profitable and long-term investments using economy experts’ views. That should be done in a calculated way, so that the country’s economic balance is not disrupted, and the original sum of money and asset is preserved,” read part of the statement.

“In my estimation, using revenues from energy resources to meet current expenses is not only outside the powers of the government, but it amounts to squandering national wealth, and it will undoubtedly be an unforgivable sin. If we act properly in this domain, we might be able to solve some of the key economic problems facing the country step by step in a certain period of time,” read the statement.

The top cleric also criticized individuals that resort to expediency in their approaches.

“Some may resort to the principle of ‘expediency’ to maintain the status quo with regards to improper use of national oil and gas wealth. They might say if energy commodities are sold at their real prices, it will put a lot of burden on people and increase [public] discontent. My answer is, first, expediency is something which, from a jurisprudential standpoint, is justified by the principle of ‘urgency.’ … It means urgency allows for actions which are forbidden otherwise,” he said in the statement.

“Urgency and expediency are always transitory and limited, and they should not turn into norms,” he noted.

He further said mismanagement should not be justified by the “expediency” concept.

He said there are some religious earnings such as Zakat as well as taxes which should be used to support low-income families and the needy.

The top cleric said it runs counter to the principles of Islamic jurisprudence to distribute “Anfal” among people under the pretext of helping the poor.

Anfal refers to any property which does not belong to any specific individual such as natural woodlands and forests, natural groves, natural resources, property of a deceased person without an heir, personal property of heads of foreign countries defeated in war with Muslims, luxury prizes, seas, oceans, natural rivers as well as fish and exploits of water including pearls, etc.
He called on religious figures to urge officials to safeguard Anfal and protect national interests, which is a “religious duty.”

Ayatollah Mohaqqeq Damad holds a PhD degree in International Law and is a faculty member at prestigious Shahid Beheshti University of Tehran.

He believes in practicing the principles of Islamic jurisprudence in accordance with the requirements of the time. He is one of eminent experts in the domain of philosophical sciences.