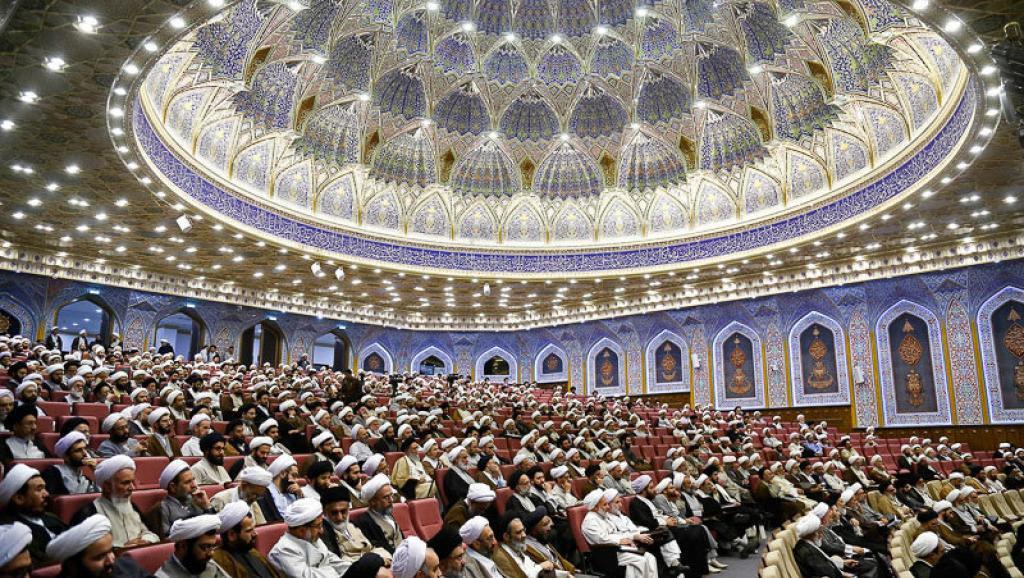 An Iranian daily has called on Islamic seminaries and the clergy to wean themselves off government budget and meet their costs by turning to religious taxes.

The Persian-language Jomhouri Eslami newspaper has, in an article, urged the clergy to cut their dependence on state budget and rely on the religious taxes paid by the public. The highlights of the op-ed follows.

The publication of information on budgets allocated to institutions involved in cultural activities, especially those related to the clergy and Islamic seminary schools, has raised many questions in the public opinion.

They are not new questions. For many years, we have asked the question why the clergy and clerical institutions should depend on state budget. But there has been no answer. And if there have been any answers, they have not been convincing. Now that mass media have made it clear to the public opinion, something has to be done and one cannot remain indifferent toward the issue.

There were some top religious figures at the Islamic seminary in Qom who believed the clergy should be independent, and prohibited the use of finances from the government’s coffers. Even now, there are some senior clerics who stress this, and believe the clergy have made a living out of the religious taxes paid by people, and that it has been this very religious bond between people and clergymen which has helped the clergy remain an independent, efficient and sound entity, enabled them to stand up to deviations within governments at sensitive junctures, and helped them fulfill their religious and popular responsibilities.

The same basis should be the yardstick for meeting the costs of seminary schools and the clergy, so that they will remain independent and powerful. Receiving cash from the government, even an Islamic government, makes the clergy independent, and dependent clerics cannot fulfill their real mission. The current differences coupled with confrontations which have downgraded some clerics to a level lower than that of political factions are the result of the same dependence. The clergymen who are not dependent on others’ money and who can make a living through their own efforts will more easily be able to tell the truth, and promote virtue and prohibit vice. Many senior religious figures believed the clergy must not have any expectations from the people who pay their religious taxes to them. The top clerics turned away the people who, by paying money, wanted to cash in on the position, situation and leverage of the clergy. The late Imam Khomeini had such an approach and his demeanor features many cases where he did not allow others to take advantage of the clergy’s position and firmly turned them away. Imam Khomeini’s extraordinary power with which he could stand up to the former Pahlavi regime, and his unique charisma in the eyes of the public which could galvanize people into action and prompted them to enter the scene of the revolution and eradicate the root causes of colonialism and tyranny and establish the Islamic Republic were the result of this very independence and his efforts to safeguard the status of the clergy.

If we want the Islamic Revolution to go on and remain sustainable, we should safeguard the clergy with the same features. The clergy should be independent, and should not depend on state budget for its independence. As for the Institute for the Publication of Imam Khomeini’s Works and affiliated institutions as well as the Imam Khomeini Holy Shrine, which have turned into a hot issue for media, we believe the institutions should turn to the people and wean themselves off government cash. It is noteworthy that Jomhouri Eslami had already warned against the controversy and, ironically enough, came under fire as well. Imam Khomeini is so popular inside and outside Iran that if people know that money is needed to publish his works and further develop his mausoleum, they will pay much more than needed. Of course, officials should have Imam Khomeini’s simple lifestyle in mind and avoid profligacy and extravagance in all areas, especially when it comes to Imam Khomeini’s mausoleum.