Arvin Khospi, a 9-year-old child from the city of Marivan in Western Iran, has been named the youngest handicraft artist in the Asia-Pacific region.

Khospi was picked by the World Crafts Council as the youngest artisan of the two continents in the domain of handicrafts.

“This artist was born on May 9, 2009 in Marivan, and is now making Kalash (a type of local hand-made shoe) alongside his father and grandfather, and although he is only 9 years old, he is one of the good artists in this profession” said Faryad Haddadian, the head of the Cultural Heritage, Handicrafts and Tourism Department of Marivan.

According to Haddadian, three generations of Arvin’s family have been running a Kalash-making workshop in Marivan and are working together with more than 4,500 other Kalash-weavers.

“Last autumn, the city of Marivan was chosen as the world’s city of Kalash-weaving, and the art of making Kalash was registered as a handicraft of Kurdistan on the World Crafts Council’s list of global works,” said the official. 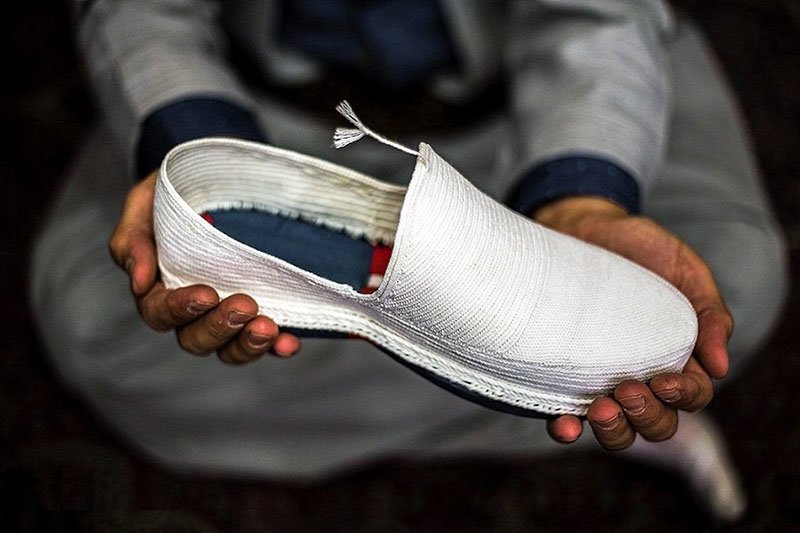 In addition to Marivan, Kalash-weaving is popular in other cities such as Sanandaj, Divandareh, Sarvabad, Kamyaran and Saghez. However, Marivan is regarded as the hub of producing this type of shoe because it has the most number of artists making Kalash.

Dating back 2000 years, Kalash is made of natural materials such as thread and leather, and is mostly used in hot seasons as it is cool and light.

Kalash is the only footwear which has a line of symmetry, which means there is no “left” or “right” for it. In order to maintain its form, one has to exchange Kalash between the right and left foot every now and then.

Hiking while wearing Kalash suits the form and morphology of feet. Its sole is curved outside, which fits the sole of the foot and prevents fatigue.

Moreover, it does not pollute the environment while being used because its materials are completely natural and, when discarded and thrown onto earth, decomposes into is natural elements in a year’s time. This comes as other shoes take years to disintegrate and decompose.

The materials needed to make Kalash include fabric, thread and leather.