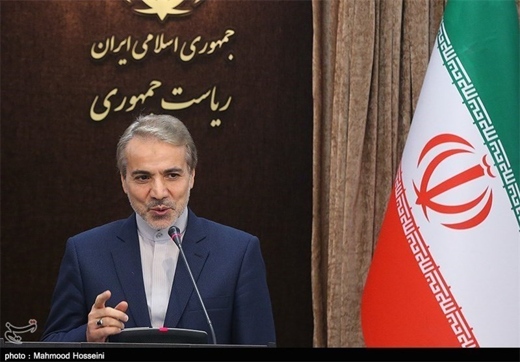 The Iranian Cabinet has slammed Saudi mismanagement in dealing with Hajj pilgrims and decided to send a delegation led by the culture minister to Saudi Arabia for the management of the situation.

Members of the Iranian Cabinet on Friday decided to dispatch a high-ranking delegation to Saudi Arabia and also set up another committee inside the country for better management of Iranian pilgrims’ affairs after the deadly stampede in Mina.

The decision was made at an extra-ordinary cabinet session held on Friday to study different aspects of the deadly incident which killed over 1300 pilgrims, including 131 Iranian nationals, Government Spokesman Mohammad Baqer Nobakht announced.

The Iranian ministers criticized Saudi mismanagement in dealing with Hajj pilgrims and decided to dispatch a delegation headed by Minister of Culture and Islamic Guidance Ali Jannati to Saudi Arabia for the management of the situation, the spokesman announced.

Officials from Iran’s Red Crescent Society and the country’s Civil Aviation Organization will accompany Jannati in his visit to Saudi Arabia, he added.

He said another committee will be set up inside the country under the command of the country’s interior minister.

Nobakht further said that the Roads Ministry is also tasked with facilitating the necessary measures to bring back pilgrims to country.

Earlier in a telephone conversation with senior Iranian officials, including Jahangiri, upon his arrival in New York, President Rouhani called for a special Cabinet meeting on Friday and formation of a task force as soon as possible.

He further urged ministries of Foreign Affairs, Health and Medical Education, and Culture and Islamic Guidance, as well as Head of Hajj and Pilgrimage Organization to take the necessary measures to quickly transfer the bodies of the Iranian pilgrims killed in the incident and treat the injured people.

He further urged the task force to dispatch relief and rescue teams and airplanes to Saudi Arabia if necessary and put top on the agenda pursuing the affairs of the Iranian Hajj pilgrims, the injured people in particular and the transfer of the deceased pilgrims to the country.

According to media reports, at least 1300 pilgrims, including at least 131 Iranians, were killed Thursday in the stampede outside the Muslim holy city of Mecca, the worst disaster to strike the annual Hajj pilgrimage in 25 years.