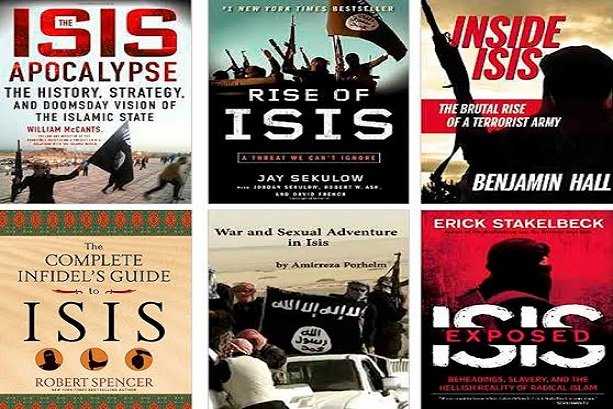 ‘War and Sexual Adventure in ISIS’ written by Amirreza Porhelm has become a success among other best sellers with the topic on the ISIL terrorist group.

‘War and Sexual Adventure in ISIS’ written by Iranian author Amirreza Porhelm was released by the American publication ‘Supreme Century’ in English language in April 2015 and reached global book networks sooner than any other title on the same topic.

Other books on the ISIL that were published months after Porhelm’s include ‘The Complete Infidel’s Guide to ISIS’ by Robert Spencer, ‘The ISIS Apocalypse’ by William McCants,  ‘Rise of ISIS’ by Jay Sekulow, ‘Inside ISIS’ by Benjamin Hall, and ‘ISIS Exposed’ by Eric Stakelbeck.

The Persian translation of Porhelm’s book titled ‘ISIS and Jihad Al-Nikah’ was published in May 2015 and received enthusiastically by Iranian readers.

‘War and Sexual Adventure in ISIS’ depicts the atrocities committed by ISIL and the enslavement of women and the process of brainwashing and deceiving people into carrying out suicidal attacks for a chance to go to heaven.