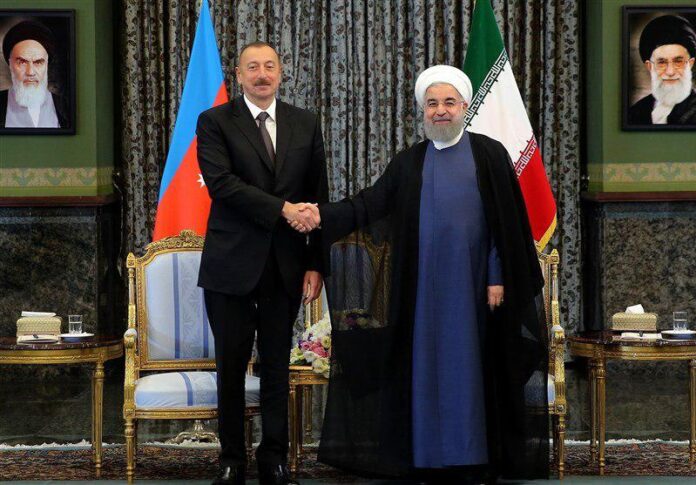 Iranian President Hassan Rouhani and his Azeri counterpart Ilham Aliyev had a phone call on Tuesday shortly after the postponement of a planned trilateral meeting between the two sides and Russian President Vladimir Putin.

The meeting was due to be held in the Russian Black Sea resort city of Sochi on Wednesday.

“Technical reasons” has been cited as the reason for the change in the plan, and the meeting is to be held at an appropriate time.

The Iranian president’s account of Rouhani-Aliyev phone call do not cite anything related to the meeting, and just report that the two sides have discussed expansion of bilateral relations between Tehran and Baku in all spheres.

In the phone call, President Rouhani hailed “friendly, brotherly and developing” relations between Iran and the Republic of Azerbaijan, highlighting the efforts of the two countries’ authorities for further development of relations.

“Fortunately, the progress of relations and cooperation between the two countries is developing and positive,” Rouhani said.

He also described visits by Iranian and Azerbaijani authorities and ministers as effective in deepening relations between the two countries and expressed hope that the process of implementing previous agreements would increase.

“The Republic of Azerbaijan has always been a friendly and brotherly country for Iran and this friendship between the two nations will further deepen,” he said.

Rouhani also offered congratulations to the Azerbaijani government and nation on Eid al-Adha.

Aliyev, in turn, felicitated the Iranian government and nation on Eid al-Adha, saying, “Close Iran-Azerbaijan relations are the result of both sides’ efforts and relations.”

He added, “There is no doubt that relations between the two countries and nations will be better than before and developing.”