Iranian Athlete Struggles to Become a Champion Once Again 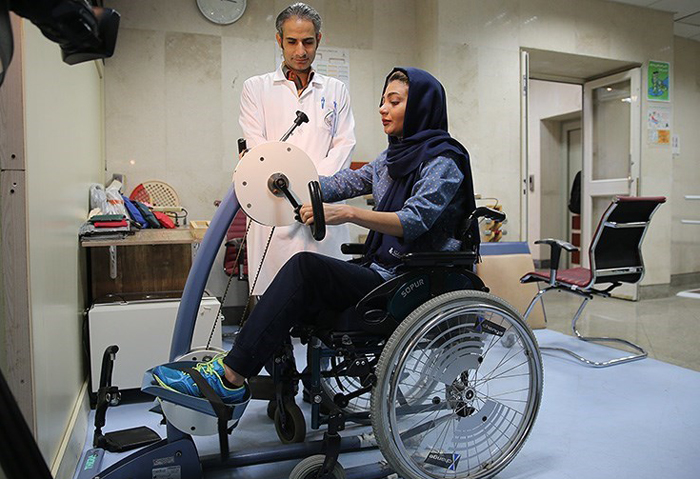 Sara Abdolmaleki, a former champion in women’s rugby, was seriously injured in a car crash in early 2016, but she wants to rejoin professional sports in the near future.

Formerly a champion in women’s rugby, Sara Abdolmaleki recently took the tests of Iran’s Sports Federation for the Disabled to restart her activities as a professional athlete.

Here is IFP’s translation of her interview with Arya News Agency:

We saw a cheerful, dynamic and hopeful girl in Sara Abdolmaleki. She talked about her desires, cheering up her parents, her trust in God, and her efforts to stand up, struggle and have a life again.

“I was a martial artist before attending sports school. I even didn’t consider ball games as sporting activities. But when I entered Physical Education school and knew ball games better, my talent was identified for handball. Then I found that this type of sports isn’t safe too! In my second year in high school, Mrs. Nouri [Zahra Nouri, the head coach of women’s national rugby team] introduced this field [rugby] to us. […] That year I was selected for Tehran Suburbs’ team. I did track and field before and had achieved some national and provincial titles. I was very faster than others. I learned not to look, to just run after receiving the ball. Next year I decided to join Tehran’s main team; I was invited to national team in the same year,” Sara said. 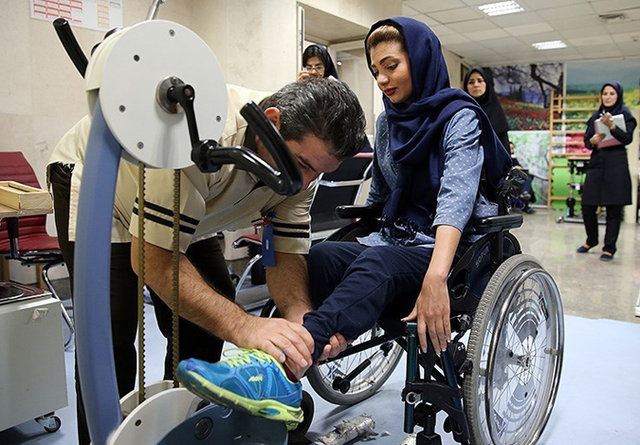 I know that nothing is impossible

On January 19, 2016, Sara was seriously injured in a car accident when she was coming from Kermanshah [in Western Iran] to Tehran. In this accident, her hands, skull, and spinal cord were injured.

“When I visited my doctor for the first time, he said I will be on wheelchairs forever and there is no room to improve. Next time he said that at the best case scenario, I could walk using a cane or walker. Last time he told me that you will be recovered in less than two years. You hear a lot of words. I ignored much of them, I heard and forgot.”

“It was very hard at the beginning. I exactly couldn’t understand what happened to me for four or five months. I didn’t know it is so serious that the recovery would take a lot of time. I imagined it was like sport injuries that recover in one or two months. (She laughs) Of course I still say that I will recover in one or two months! Nothing is impossible … I can’t imagine myself on wheelchairs for the rest of my life.”

I’m resolved to struggle again to be a champion

“When the spinal cord is in shock, you can’t walk for about six months. Then you can’t expect a damaged spinal cord to recover in one or two years. It requires several years to improve and I strive for it. I am 22 now, I will be 27 after my recovery, and maybe it is too late to start again. So I decided to start my exercises now, and I will participate in higher ranks if my condition improves. After the tests of Sports Federation for the Disabled, I wanted to do boating; however, I finally chose javelin throw because of some problems.”

I love to compete!

“I’m decided to struggle to be a champion in javelin throw. I try to get prepared for Asian Para Games. Maybe I have less than a year, but I do my best.”

“God created the man who can reach any goal by making efforts. Surely, a wish without a goal is merely a dream. Your wish should be purposeful,” she noted.