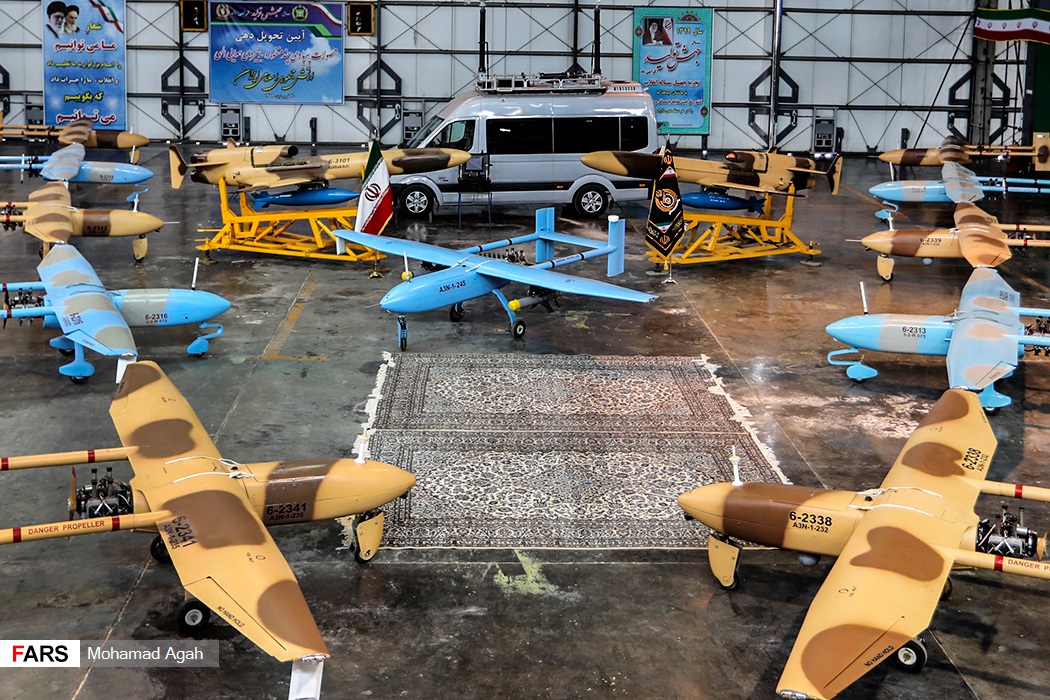 The Defence Ministry of the Islamic Republic of Iran has made mass delivery of new combat and surveillance drones, including a jet-powered multipurpose UAV (unmanned aerial vehicle).

The delivery of the homegrown surveillance drones was made in an official ceremony at the Iran Aviation Industries Organization (IAIO) in Isfahan, attended by Defence Minister Brigadier General Amir Hatami and other senior military officials.

The defence minister said in the ceremony that the multipurpose jet-powered UAV delivered to the Army could travel at speeds of 900 kmph and conduct operations at an altitude of 12 kilometres.

General Hatami said the drone can fly for up to 180 minutes and has a range of 1,000 kilometres.

During the ceremony, a large contingent of Ababil 3 and Karrar drones was also delivered to the Air Force.

Referring to the Ababil-3 drone, Hatami said that the unmanned aerial vehicle is a medium-range surveillance craft capable of conducting airstrikes within a 150-kilometre radius.

The minister also said that the Karrar drone is a strategic combat drone which can deliver payloads comparable to manned aircraft.

He went on to say that the drone has pin-point attack capability and can be used in suicide attacks.

The drones were delivered to the Army of the Islamic Republic of Iran one day after the country marked the National Army Day.