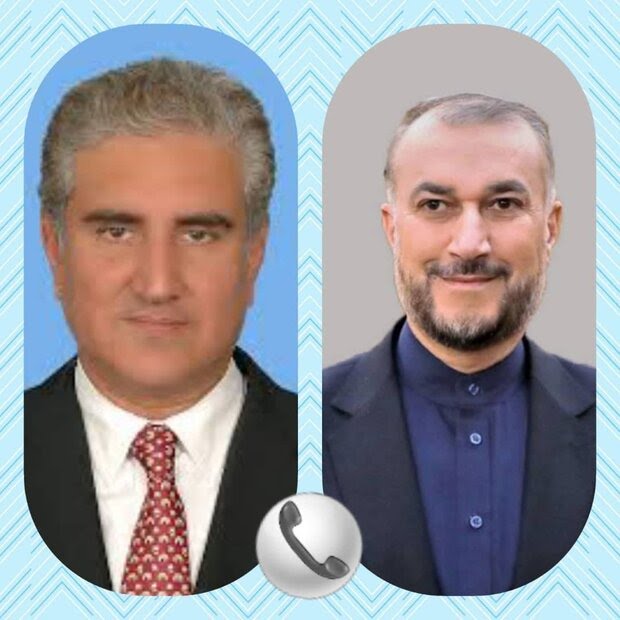 Iran’s Foreign Minister Hossein Amir Abdollahian has held talks with his Pakistani counterpart Shah Mahmood Qureshi over the phone, with Afghanistan topping the agenda of the talks.

In this telephone conversation, the Iranian foreign minister invited his Pakistani counterpart to attend a meeting of foreign ministers of Afghanistan’s neighbors in Tehran.

Shah Mahmood Qureshi thanked for the invitation and stressed that the meeting is a joint initiative of the two countries to ensure peace and stability in Afghanistan and its holding is important for the Afghan people.

Amir Abdollahian expressed regret over the recent terrorist incidents in Afghanistan, which led to the killing of worshipers in this country. Amir Abdollahian condemned these terrorist acts and stressed the need for all neighboring countries of Afghanistan and other world nations to condemn them.

In other remarks, the Iranian foreign minister also spoke of the responsibility of the rulers of Afghanistan to ensure the Afghan people’s security and to effectively confront the actions of terrorist groups.

The top Pakistani diplomat also said in the telephone conversation that the Pakistani government condemns these terrorist acts in Afghanistan. Shah Mahmood Qureshi expressed hope that the rulers of Afghanistan will take necessary actions and prevent the terrorist groups from gaining a foothold in Afghanistan.