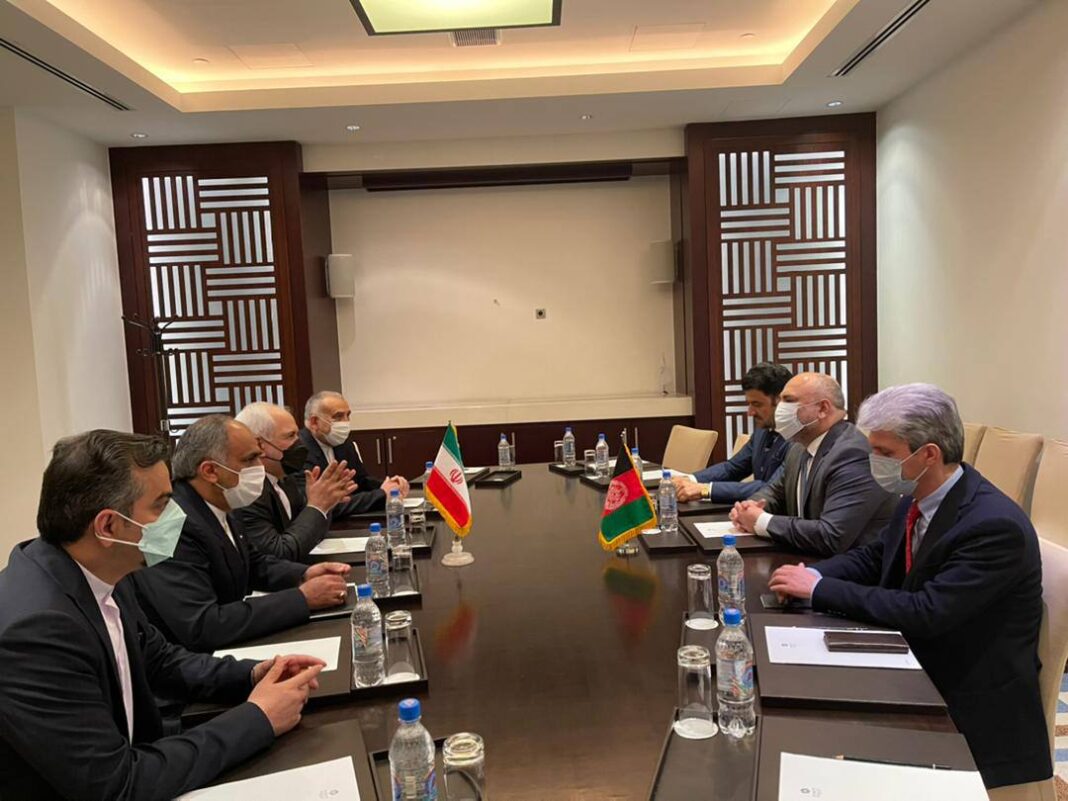 Iran's Foreign Minister Mohammad Javad and his Afghan counterpart Mohammad Hanif Atmar had a meeting in the Tajik capital of Dushanbe.

During the Monday meeting, Zarif reviewed the latest status of Tehran-Kabul collaborations, and said the efforts of certain parties to negatively sway public opinion indicates the dissatisfaction of certain countries and movements with Iran-Afghanistan close relations.

The Iranian foreign minister referred to the removal of certain consular restrictions against Afghan nationals, and said the measures were meant to fight those who smuggle Afghan nationals into Iran.

He also stressed Tehran’s continued support for efforts to clarify the presence of Afghan nationals in Iran.

The Afghan top diplomat, for his part, expressed the Afghan nation and government’s gratitude for Iran’s contributions in containing the recent fires in Afghan customs points.

He described Iran as the closest friend of Afghanistan, and called for continuation and development of Iran’s collaborations and constructive consultations in political and economic fields.

He also expressed Kabul’s preparedness for the establishment of Iran-Afghanistan joint commission in coming weeks.

The Afghan foreign minister also elaborated on the latest political and security developments of Afghanistan, and the two sides exchanged views on the Afghan peace process.