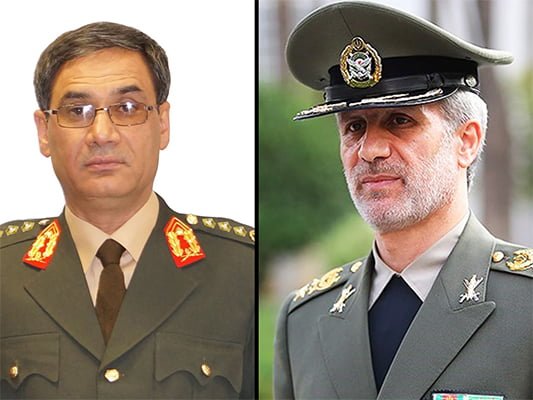 Iran has warned that the US is relocating ISIS terrorists to Afghanistan to justify its presence there, calling for closer cooperation between Tehran and Kabul to fight terror.

Iran’s Defence Minister Brigadier General Amir Hatami says the US seeks to relocate ISIS terrorists to Afghanistan to justify its presence in the country.

General Hatami made the comments in a phone conversation with his Afghan opposite number Major General Tariq Shah Bahrami, as quoted by the Persian-language Iranian Students News Agency (ISNA).

The Iranian defence chief said it was Washington that created the ISIS terrorist group in order to manage it in Syria and Iraq. However, he noted, the US tried to save the terrorists from the maelstroms of Iraq and Syria after they were defeated in the two countries, and transfer them to Afghanistan.

General Hatami further said the US is pursuing the policy of increasing its troop numbers in Afghanistan,

“The Americans have proven that they are enemies of Muslims, and the declaration of holy Quds [Jerusalem] as the capital of the Zionist regime of Israel showed the world another layer of the United States’ hypocritical face and animosity toward Muslims,” said the top general.

He said only through the positive approach of the regional countries will it be possible to establish security in Afghanistan.

“In this path, the common potential of all regional countries should be utilized to counter terrorism and establish tranquility in Afghanistan,” said General Hatami.

He also offered condolences to the Afghan people, government and Armed Forces over the numerous deadly terrorist attacks which hit the country recently.

The Afghan defence minister, in turn, said more than 20 terror groups are operating in Afghanistan, and added regional security will be jeopardized if the terrorists are left to their own devices.

He highlighted that Iran and Afghanistan as well as other regional countries should not ignore their common enemy, and should keep working together closely in fighting terrorism.