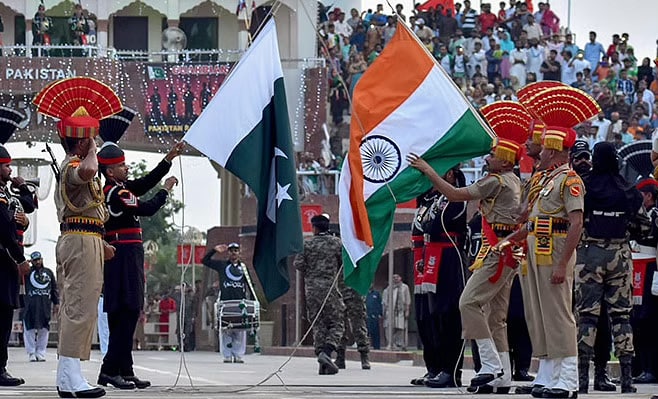 Iranian Foreign Ministry Spokesman Saeed Khatibzadeh has hailed the joint statement of India and Pakistan based on which the two sides have agreed to strictly adhere to the ceasefire along the Line of Control in Jammu and Kashmir region.

In comments on Sunday, Khatibzadeh said the joint statement is an important step towards further peace and stability in the South Asia region.

He also expressed hope that the two countries will move towards peace, stability, and welfare of the region by taking further strides.

The armies of India and Pakistan announced on February 25 that they had begun to strictly adhere to a ceasefire along the Line of Control (LoC) in Jammu and Kashmir from the midnight of February 24.

In an audio statement, Pakistani Prime Minister Imran Khan’s adviser on security affairs, Moeed Yusuf said that the ceasefire was an outcome of “behind-the-scenes” contacts and “more roads will open” in the future.

Under the pact, the DGMOs of both countries also “agreed to address each other’s core issues and concerns which have propensity to disturb peace and lead to violence” in the interest of “achieving mutually beneficial and sustainable peace along the borders.”

Both sides agreed that existing mechanisms of hotline contact and border flag meetings will be used to “resolve any unforeseen situation or misunderstanding.”