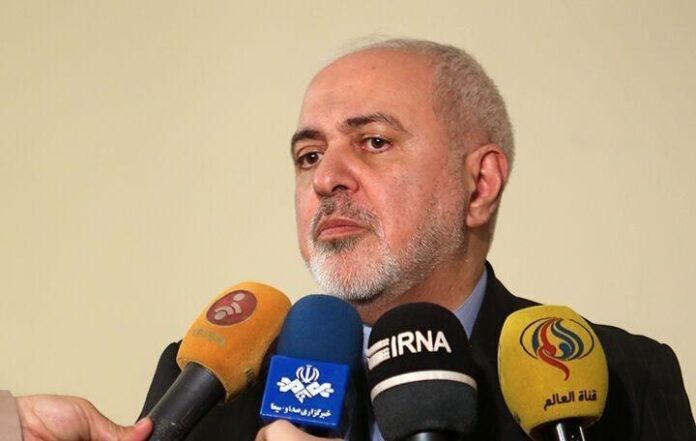 Iran’s Foreign Minister has warned the United States against any disruption of legal trade, saying that Washington is not allowed to interfere with the Iranian tankers en route to Venezuela.

Mohammad Javad Zarif told reporters on Tuesday lawful trade and business will go on across the globe and the US cannot stop it.

“Legal trade continues in the world, and the United States is not allowed to disrupt it. This policy of the US government is not just a threat to one or two special countries; rather, it poses a threat to the whole world,” underlined Zarif.

He made the remarks on the sidelines of a funeral ceremony held for Iran’s former envoy to the OPEC who died a couple of days ago.

“If a country wants to make a decision based on its own wrong policies and take action to disrupt legal trade, it will certainly face an international backlash,” said Zarif.

In recent days, following the reports of threats by US government officials to make trouble for Iranian fuel tankers, FM Zarif sent a letter to UN Secretary-General Antonio Guterres regarding the US deployment of warships to the Caribbean, warning about Washington’s disruption of Iran’s fuel shipment to Venezuela.

In his letter, Zarif described the US’s illegal, dangerous and provocative threats as kind of piracy and a major threat to international peace and security, stressing that the United States must stop bullying and respect the rule of international law, especially the freedom of the seas.

He also said the US government will be responsible for the consequences of any illegal action, stressing that it is Iran’s right to take appropriate and necessary measures to counter such threats.

After sending this letter, the Islamic Republic’s Foreign Ministry summoned the Swiss ambassador, warning Washington of serious consequences in case of any possible threats against its vessels.

The foreign ministry also described trade relations between Iran and Venezuela as fully legitimate and legal, saying the United States’ use of coercion or bullying is a threat to freedom of shipping, international trade and free flow of energy.

Iranian media reported on Saturday that four US Navy warships are in the Caribbean for a possible confrontation with Iran’s tankers.

Five Iranian tankers carrying petrol and similar products are now sailing to Venezuela. Washington says Tehran and Caracas are under sanctions and such moves are sanction-dodging.

On Thursday, the US Treasury, State Department and Coast Guard issued an advisory warning the maritime industry of illegal shipping by countries including Iran.