Iran warns against violation of any nuclear deal 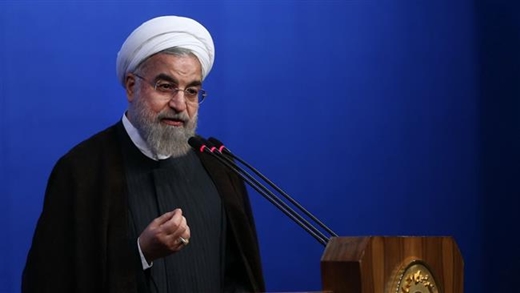 President Rouhani has said that the ongoing talks between Iran and P5+1can lead to a win-win result if the six countries show political will.

President Hassan Rouhani says the country will return to the previous level of its nuclear activities, if P5+1 violate the terms of a potential nuclear deal with the Islamic Republic.

“If a [final] nuclear agreement is reached, we will be committed to implementing it. However, it is clear that the opposite side should also remain committed to its obligations,” Rouhani said in a meeting with Iranian press corps on Tuesday.

In case of the six countries’ violation of a final nuclear deal, he said, his administration “will be fully ready to immediately return to the previous path even more vigorously than they could imagine.”

He said the ongoing talks between Iran and P5+1 in Vienna, Austria, can lead to a win-win result if the six countries show political will.

“Nuclear talks between Iran and P5+1 can bear fruit within the next couple of days past the [June 30] deadline,” Rouhani pointed out.

He noted that Iran and the six countries have managed to settle the “major part of the issues” and the remaining differences can be solved through initiatives worked out by both sides.

The president also said his administration has managed over the past two years, since taking office, to disprove unfounded allegations against Iran of meddling and belligerence as well as attempts to develop nuclear weapons.

Iran, however, made efforts to prove to the world that it seeks international dialog and interaction, and aims to settle problems at the negotiating table, he said.

“If they claim that they want to prevent the development of nuclear weapons in Iran, they should know that Iran has never sought to build nuclear weapons,” Rouhani said.