Iran Vows to Stand by Syria during Reconstruction Era 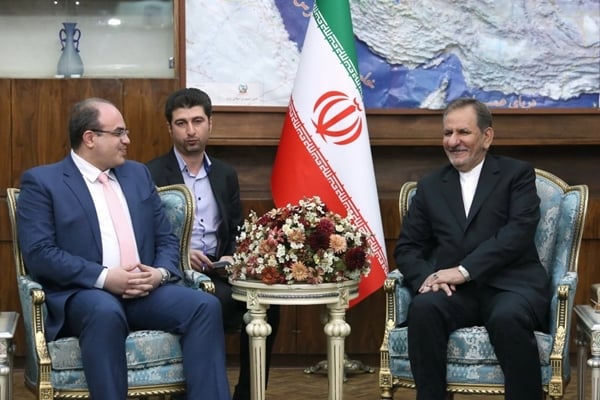 Es’haq Jahangiri, Iran’s First Vice President, says the Islamic Republic will continue to stand by the Syrian government and nation during their reconstruction era.

He said the participation needs the removal of all obstacles on the way of economic and banking relations between the two sides, a report by Entekhab said.

Iran’s first vice-president then underlined that economic ties between Iran and Syria should develop along with their political relations.

Jahangiri also congratulated the Syrian government and army on their victory against terrorist groups and said the victory not only benefits the regional states but also the Europeans.

He stressed that all foreign forces should leave Syria as soon as possible adding no country is allowed to deploy troops in Syria without the approval of the central government in Syria.

For his part, Syrian Economic and Foreign Trade Minister called for the opening of Iranian banks’ branches in Syria, saying the move can resolve most problems hampering the banking relations between the two countries.

He also described the ongoing talks between Iran and Syria over ways to expand economic relations as positive and said the draft agreements over some strategic issues have already been finalized.