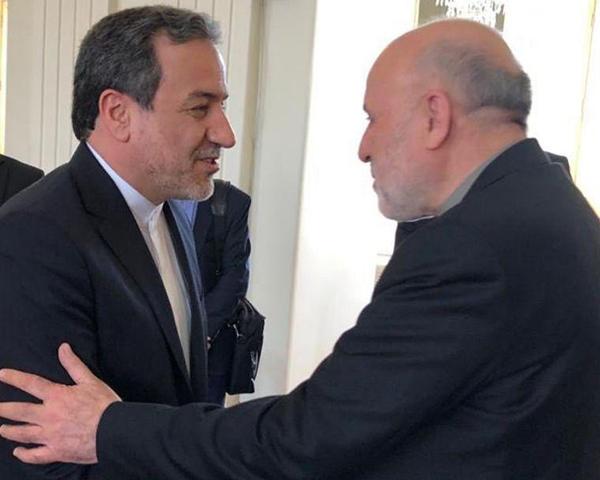 During the Saturday meeting, the Afghan official briefed Araqchi on the latest developments of Afghanistan’s peace process.

He also expressed gratitude to the Islamic Republic for its support for the government and nation of Afghanistan as well as its constructive stances towards the peace process in Afghanistan.

In turn, the Iranian deputy foreign minister thanked Afghan President for his initiatives to push ahead peace process in the country and underlined that Tehran will do whatever in its power to offer support to the Afghan government and nation and preserve the unity and cohesion among all groups and all walks of life in Afghanistan.

He also cast doubt on some reports released on the US intentions in Afghanistan and underlined the need for adopting a regional approach towards as well as the active involvement of all neighbouring states in Afghanistan peace process.

During the meeting, the two sides called for preserving Afghanistan’s political structures as well as constitution as the achievements of years of war and Afghans’ self-sacrifices. They also emphasized the participation of all Afghan sides in the peace process as the main prerequisite to achieve a sustainable peace in the country.

The presence of ISIS in Afghanistan as a threat against regional peace and security as well as the need to establish cooperation in fight against the terrorist group were among other topics of discussion between the two officials.

They also exchanged views on the new conditions created by the [US] sanctions [on Iran] and explored ways to expand economic ties between Iran and Afghanistan.

Daudzai who also serves as the Secretary of Afghanistan’s Supreme Council of Peace is on an official visit to Tehran at the top of a delegation for talks with Iranian officials on Afghanistan’s peace process.