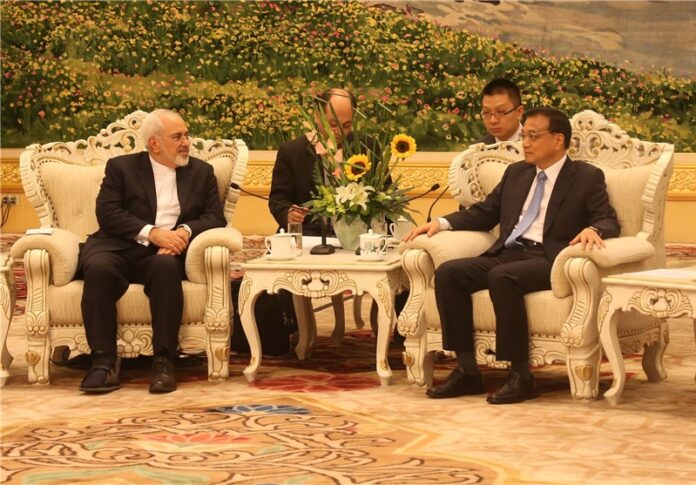 Iran has always deemed China as a strategic partner and bilateral relations will improve following the Joint Comprehensive Plan of Action, Zarif told the Chinese premier.

He said Beijing has played a positive role in the nuclear negotiations between Iran and P5+1.

The Chinese premier, for his part, said the Vienna nuclear agreement would help resolve ongoing problems in the Middle East and across the world.

He further expressed hope that all sides involved in the nuclear negotiations would respect their commitments under JCPOA.

As regards bilateral ties between Tehran and Beijing, Keqiang said the two sides can bolster their relations in various fields after the implementation of the nuclear deal.