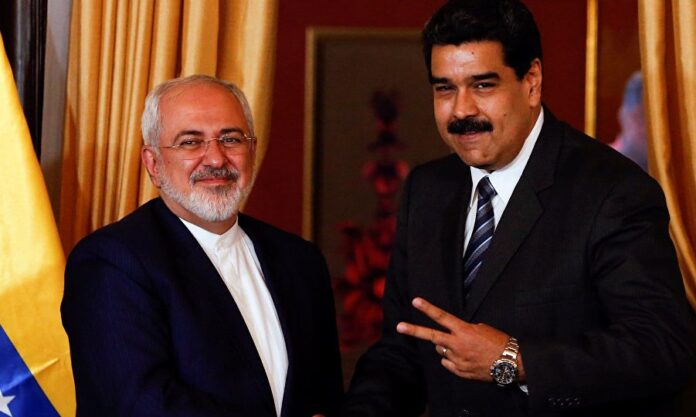 Venezuela and Iran have agreed to boost their economic cooperation, have agreements signed between the two countries’ central banks and announce a new dynamic era in bilateral relations.

Venezuelan President Nicolas Maduro met Iranian Foreign Minister Mohammad Javad Zarif who was in Caracas on the last leg of a Latin America tour, which had taken him to Cuba, Bolivia, Chile, Nicaragua and Ecuador.

“We are advancing in our bilateral cooperation as well as in matters of mutual interest for economic development … we are going to create a new dynamism in Venezuela-Iran relations,” Maduro said in a ceremony broadcast on state television.

Maduro later announced the creation of a special commission to follow up on their bilateral deals. In June 2015, the Venezuelan government and a high-level delegation from the Islamic Republic of Iran inked six deals on scientific, technological, economic and health cooperation.

Iran and Venezuela have forged friendly relations based on their aversion to colonial US policies and determination to preserve their independence.

Zarif expressed Iran’s interest in broadening cooperation with Venezuela and other Latin American countries, saying he was glad to consolidate economic ties between Caracas and Tehran.

“The accord between the two central banks is the path to continue good relations. I am sure that with the accords signed tonight that we can increase and deepen our relations in a different field,” Zarif said.

Maduro said Venezuela’s oil minister and foreign minister would make announcements in the coming weeks about consensus with Iran on ways to stabilize oil market and strengthen OPEC.

Maduro described Iran as an “emerging power” in the world, stressing that the Islamic Republic uses its capacity to bring about peace for other nations.

Maduro made the remarks during a press conference following the meeting with Zarif.

He further said late President Hugo Chavez had correctly predicted that Iran is an emerging power in the 21st century both in the region and entire world, underlining the need for strengthening strategic ties with Tehran.

Unlike the US and Western states that take advantage of their influence to wage wars and loot the resources of other nations, the Islamic Republic use its power to promote peace, stability and development in other countries, Maduro said.

Highlighting Iran’s deep-rooted civilization, Maduro said the Islamic Republic has a historic culture based on peace and behaves towards other nations based on humanitarian diplomatic efforts.

He further drew a parallel between Iran’s Islamic Revolution and Venezuela’s Bolivarian Revolution, saying that both of them support dialogue between cultures, diversity and stability as well as an independent, peaceful world without discrimination.

Iran has turned into a role model for other countries as it managed to resist foreign pressure and economic sanctions and secure its right to develop in different sectors, including the peaceful nuclear energy, the Venezuelan president pointed out.

He further went on to say that the two countries would set up a joint technical commission tasked with monitoring the expansion of ties and implementation of economic and trade deals.

Zarif, for his part, also expressed Iran’s readiness to deepen economic and trade relations between Tehran and Caracas.

Earlier in the day, Zarif also took part in the joint Iran-Venezuela economic and trade summit on Saturday, with his Venezuelan counterpart, Delcy Rodriguez, also in attendance.

“The Iranian government and nation will keep up their strong and good relations with Venezuela as a country of resistance,” which is a legacy of the late president Hugo Chavez.

Tehran and Caracas “enjoy highly warm and cordial relations, which are rooted in the resilience and pro-independence policies of both nations,” said Zarif, adding that the two sides should pursue “deeper, more strategic and more serious” ties.

The top Iranian diplomat has travelled to the region at the head of a high-ranking politico-economic delegation, comprising 120 businessmen and financial executives from government and private sectors.

Elsewhere in his remarks, Zarif pointed to the presence of high-ranking Iranian officials from both government and private sectors in the delegation accompanying him, saying this shows Iran’s willingness to enhance bilateral ties with Venezuela in different areas.

Remembering Chavez as the founder of Tehran-Caracas ties, she noted Maduro is set to follow in the footsteps of his predecessor and preserve good relations with Iran.

“We were seeking to reinforce ties and unity among the two countries,” Rodriguez added. Iran and Venezuela are members of OPEC (Organization of the Petroleum Exporting Countries) and the Non-Aligned Movement and have common viewpoints on the strategic issues, she pointed out.

In an address to Zarif, the top Venezuelan diplomat also said, “Our country is your home and [you] are in your home.”