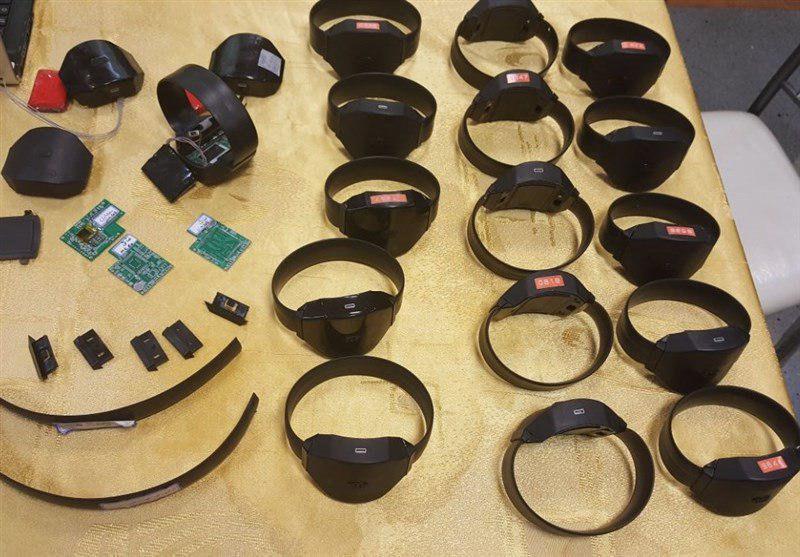 Iran has unveiled its first indigenous ankle monitor made by domestic experts as part of a nationwide project to electronically supervise and watch prisoners, which will be implemented within six months.

On Monday, Iran eventually unveiled domestically developed ankle monitors, along with a related software, to make possible electronic supervision and monitoring of captives.

The device has been made as part of a project scheduled to be implemented across the country in six months.

According to a report by IFP, the device and its software were unveiled in a workshop held in the Iranian capital of Tehran attended by a number of judiciary officials.

Iran had long intended to use these tethers to supervise and monitor certain inmates. These ankle monitors were used for a trial period a few months ago to test their efficiency in practice and the successful and flawless implementation of the plan.

The workshop on use of the electronic system of supervising and monitoring prisoners employing ankle monitors was attended by the deputies of Iran’s Judiciary Chief Ayatollah Sadeq Amoli Larijani and the officials of the Judiciary’s Statistics and Informatics Centre as well as Tehran Province’s Justice Department.

Commenting on the project and the national achievement, Hamid Shahriari, the deputy head of the Judiciary’s Statistics and Informatics Centre, said within a six-month period, all prisoners in Iran will be monitored using the ankle bracelets.

According to Iran’s Criminal Procedure Code, he added, in case of committing certain offences under certain conditions, the criminal sentenced to jail can be released on parole and stay within a determined area under the supervision of the electronic monitoring system.

Shahriari said the system can be used in a number of other cases as well.

He said given the problems occurring in prisons and the existing ills in there, the necessity of implementing the system is strongly felt.

“Iran ranks fourth and eighth in Asia and the world, respectively, in terms of the number of prisoners,” he regretted, adding this is not good at all.

He said the large number of inmates in the Iranian prisons is a threat to the foundation of family and inflicts social harms on it.

“When the breadwinner of the family is incarcerated, the other members of the family are beset with a host of problems and dragged into social harms.”

On indigenizing the software for the ankle monitors, he said, “We managed to launch a production line for manufacturing the tethers in cooperation with a company affiliated to Iran’s Judiciary. We carried out extensive studies and managed to design and develop a software which is capable of working with all related hardware.”

He added the software allows for tracing and tracking a prisoner at certain dates.

“In addition to supervising and monitoring the prisoners, the software is capable of sending messages and in case the captive exits the determined area, it will report that.”