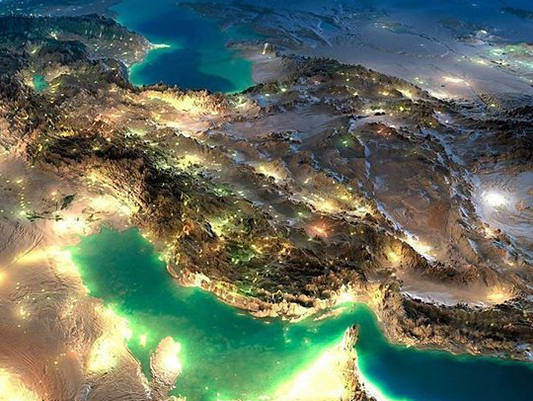 Iranian education minister has called on American teachers and educators to work more on teaching history and geography to their students amid the geographical and historical misinformation disseminated by US President Trump.

US President Donald Trump’ anti-Iran speech has sparked harsh criticisms from the Iranian people from all walks of life including political figures and cultural and sport celebrities.

The secretary of Iran’s Expediency Discernment Council, Mohsen Rezaee, said in a tweet, “Mr. Trump, you made a damn mistake by using the fake term Arabian Gulf when referring to Persian Gulf.”

“Mr. Trump we can realize your feeling. Sometimes a mouse cries under the guise of a cat,” he added in another tweet, using the hashtag #NeverTrustUSA.

Former Tehran mayor, Mohammad Baqer Qalibaf, also said in a post in his Instagram account, “Trump is a stupid enemy who has made the Iranians from all walks of life united. You will find out in the near future that when all Iranians are united, no one can resist them. The unanimous response of the Iranians to Trump is the famous phrase uttered by Shahid Beheshti who once told the US: be angry with us and die out of the anger.” 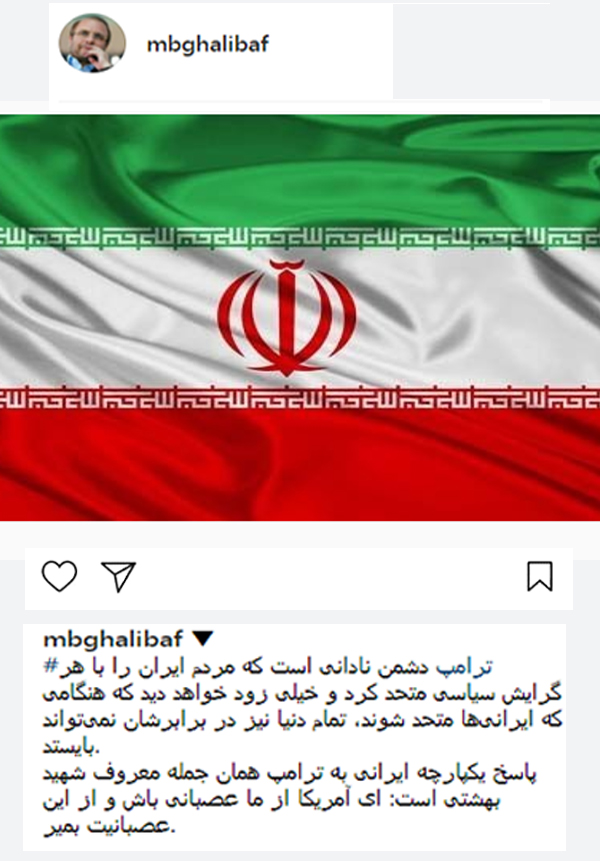 Head of the reformists’ faction in Iran’s Parliament, Mohammad Reza Aref, said the Islamic Republic will give a smart response to any possible measure by the US towards the nuclear deal.

Chairman of the Parliament’s National Security and Foreign Policy Commission, Alaeddin Boroujerdi, said violations of the Joint Comprehensive Plan of Action (JCPOA) by the US reveals to the world how unreliable the US is.

Iran’s ambassador to London Hamid Baeidinejad, who was a member of Iran’s nuclear negotiating team, said Trump made himself the subject of hatred across the world particularly the Iranians from all walks of life. 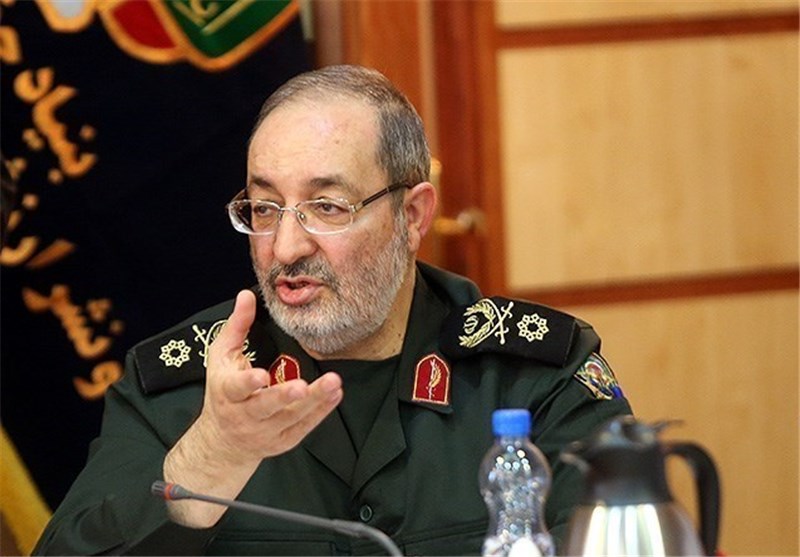 The spokesperson for Iran’s Armed Forces also said promotion of Iran’s defensive capabilities to fight the corrupt regime of the US will keep going on.

“We will not miss any opportunity to defend the oppressed people of the world even in the US and particularly the oppressed nations of the West Asia. Today, the IRGC is more powerful than ever and will do whatever in its power to interrupt the dirty dreams of the US officials. We have a lot to say in this regard and Trump’s administration will see our appropriate measures in due time.”

Another member of the Expediency Discernment Council, Mostafa Mirsalim, tweeted: “Trump thinks with such nonsense statements, he can both deceive the world nations and inflict a blow on our firm determination to stop its arrogance. But he is fooling himself.” 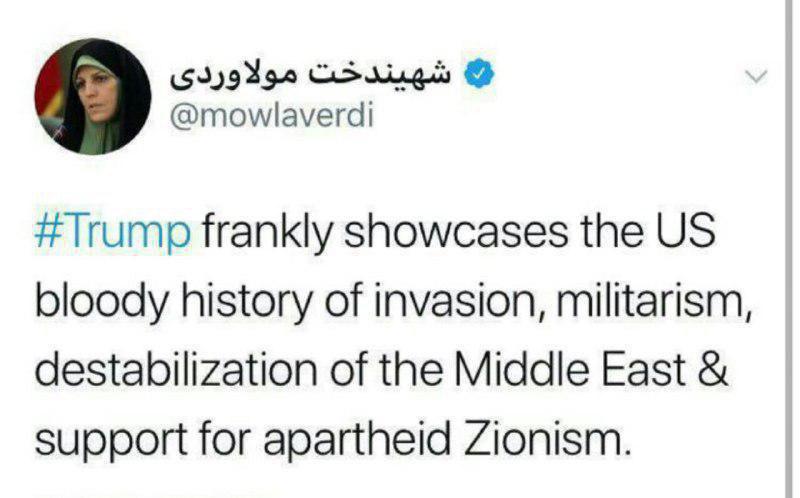 The Iranian Vice-President for Women and Family Affairs, Massoumeh Ebtekar, said “Trump has leveled many baseless accusations against Iran to evade the current domestic crisis in the US and to distract the world’s attention from the crimes of his country. But Iran will stand united against its hegemony.” 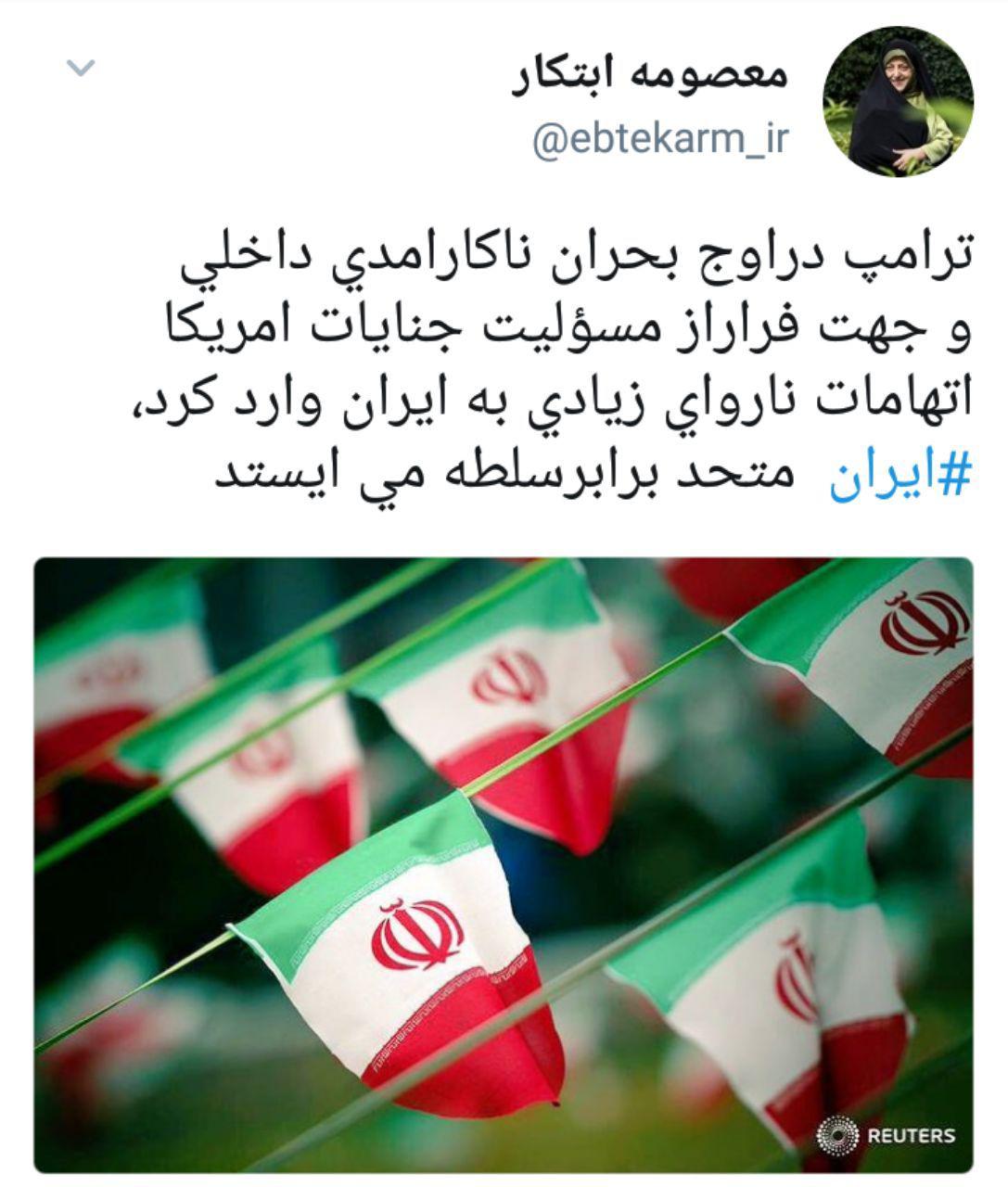 Iranian reformist lawmaker Mahmoud Sadeqi dismissed Trump’s statements as baseless and protested him for using the fake phrase of Arabian Gulf to refer to the Persian Gulf.

He tweeted, “Trump’s statements showed that we cannot trust the US government but we can force Washington to live up to its commitments through measured diplomacy.” 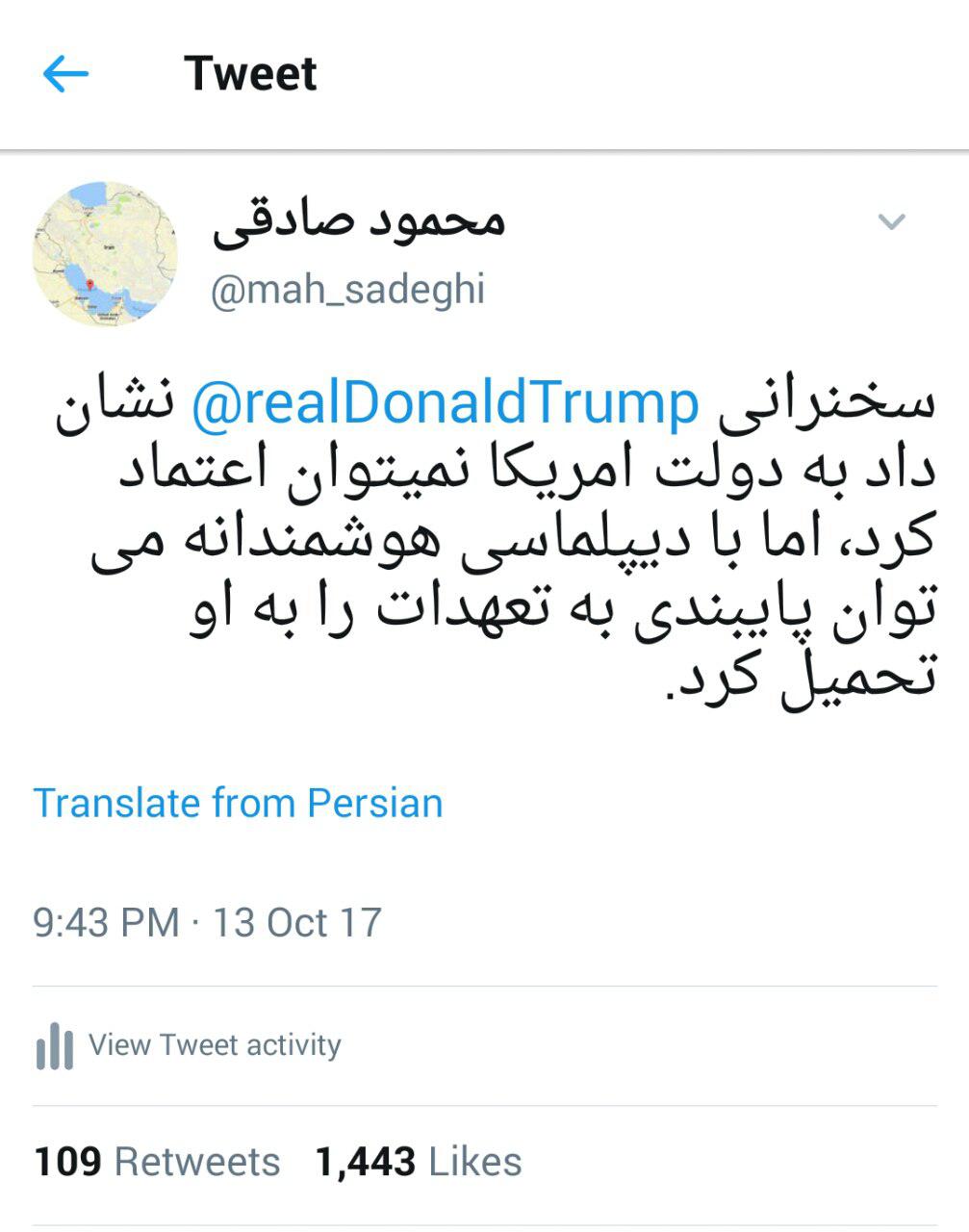 Minister of Communications and Information Technology, Mohammad Javad Azari Jahromi, also reacted to Trump’s statements and tweeted, “Trump’s statements reveal he has consulted with Netanyahu while writing down his strategy on Iran. He has been involved in the consultation so much so that he has forgotten the ancient history of Persian Gulf.”

Former parliament speaker, Gholam-Ali Haddad-Adel, said Trump’s statements were filled with anger and lacked even the slightest logic. “The very use of Arabian Gulf was enough to make all Iranians united.”

Another Iranian lawmaker, Elyas Hazarati, also tweeted, “Imposing sanctions on IRGC over the baseless accusation of sponsoring terrorism by the largest sponsor of terrorism in the world amounts to a political sarcasm of our era.”

Meanwhile a large number of Iranian artists and sport celebrities reacted in social media to Trump’s statements by publishing photos or maps of Persian Gulf.