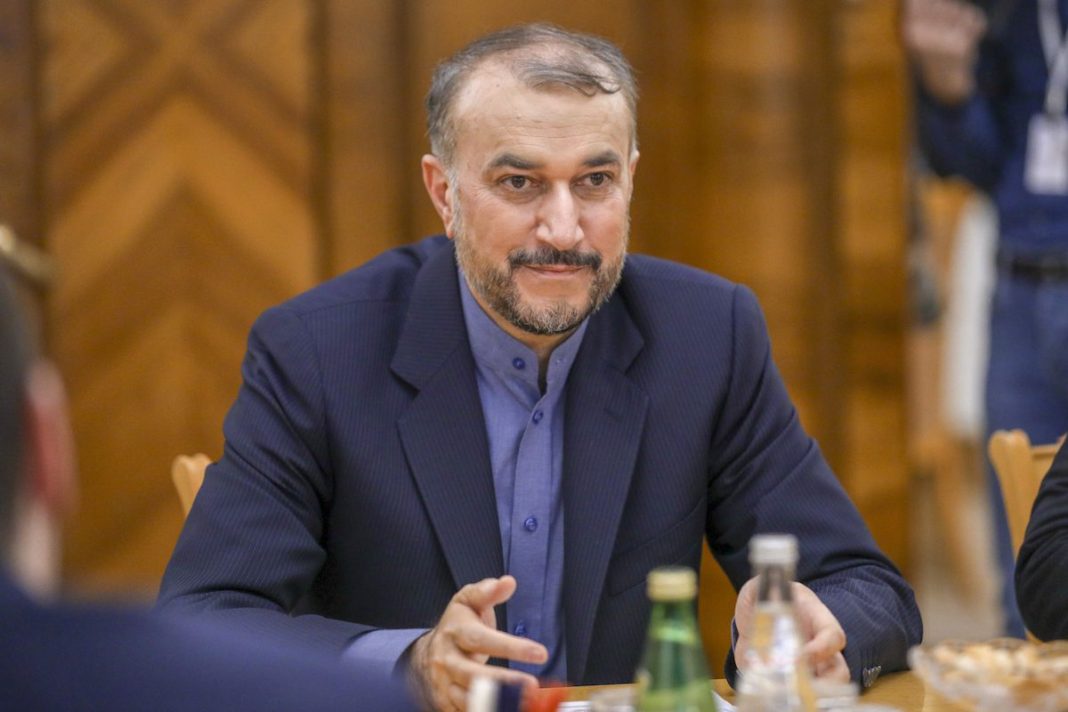 Iran has called on the US Congress to make a “political statement” of its commitment to a nuclear deal with Tehran as negotiations in Vienna to revive the landmark agreement reach a critical juncture.

In an exclusive interview with the Financial Times, Foreign Minister Hossein Amir Abdollahian said Washington had failed to address Iran’s demand for guarantees that no party is able to abandon the deal, as the US did under former President Donald Trump in 2018. Tehran also wants all sanctions imposed by Trump to be lifted.

“As a matter of principle, public opinion in Iran cannot accept as a guarantee the words of a head of state, let alone the United States, due to the withdrawal of Americans from the JCPOA,” Amir Abdollahian stated, using the acronym for the accord, the Joint Comprehensive Plan of Action.

Experts say it is virtually impossible for the Joe Biden administration to provide the legal assurances Tehran demands. But Amir Abdollahian noted he had told Iran’s negotiators to propose to Western parties that “at least their parliaments or parliament speakers, including the US Congress, can declare in the form of a political statement their commitment to the agreement and return to the JCPOA implementation”.

Amirabdollahian said, “Iran’s commitments are as clear as a mathematical formula. It is absolutely clear what we are supposed to do and how these measures will be verified through the IAEA [the UN nuclear watchdog]. Therefore the other side can have no concern; But we remain concerned primarily about the guarantees [that the US would not withdraw].”

Expressing Tehran’s frustrations with Washington’s position as weeks of talks in Vienna appear at risk of stalling, Amir Abdollahian added, “We are facing problems during this period because the other party lacks a serious initiative.”

Amirabdollahian said that Iran wanted the negotiations to lead to the “total lifting” of sanctions. The challenge, however, was that the Biden administration was only willing to remove the economic sanctions authorised by Trump, he added.

“This is not all we are looking for. That Trump unilaterally and unjustly imposed sanctions on real and legal entities in Iran under some allegations as Iran’s missile programme, regional issues or human rights is not acceptable,” the foreign minister continued.

He noted that “this is also one of the challenges which remains on the negotiating table in Vienna”.

Amirabdollahian said US officials had sent “many messages” to have direct talks with Iran, but ruled out any such move.

“Our last response to Americans and intermediaries was: any direct dialogue, contact and negotiation with the US would have very huge costs for my government,” the foreign minister added.

“We are not ready to enter into the process of direct talks with the US if we do not have a clear and promising outlook to reach a good agreement with sustainable guarantees in front of us,” he stated.

He noted that Tehran had indicated to the US that if Washington’s “intentions are genuine, you should take some practical and tangible steps on the ground before any direct talks and contacts can take place”.

This could include unfreezing billions of dollars of Iranian petrodollars stuck in foreign central banks because of Trump’s sanctions or a presidential executive order to lift some of the sanctions, he continued.

Amirabdollahian said that in “general, we are optimistic”, adding, “We also welcome a good deal in the shortest time however this deal must uphold the rights of the Iranian people.”

Recently, a group of 33 Republican senators have warned Biden that they would work to thwart implementation of any new Iran nuclear agreement if his government did not allow Congress to review and vote on its terms. It comes after 110 Republican lawmakers called on the US administration to abandon negotiations with Iran and issue new sanctions against Tehran.

In 2018, the US, under Trump, pulled out of the pact and reinstated sanctions under the so-called ‘maximum pressure campaign’ against Tehran, effectively depriving Iran of the deal’s benefits by forcing third parties to stop doing business with Iran.