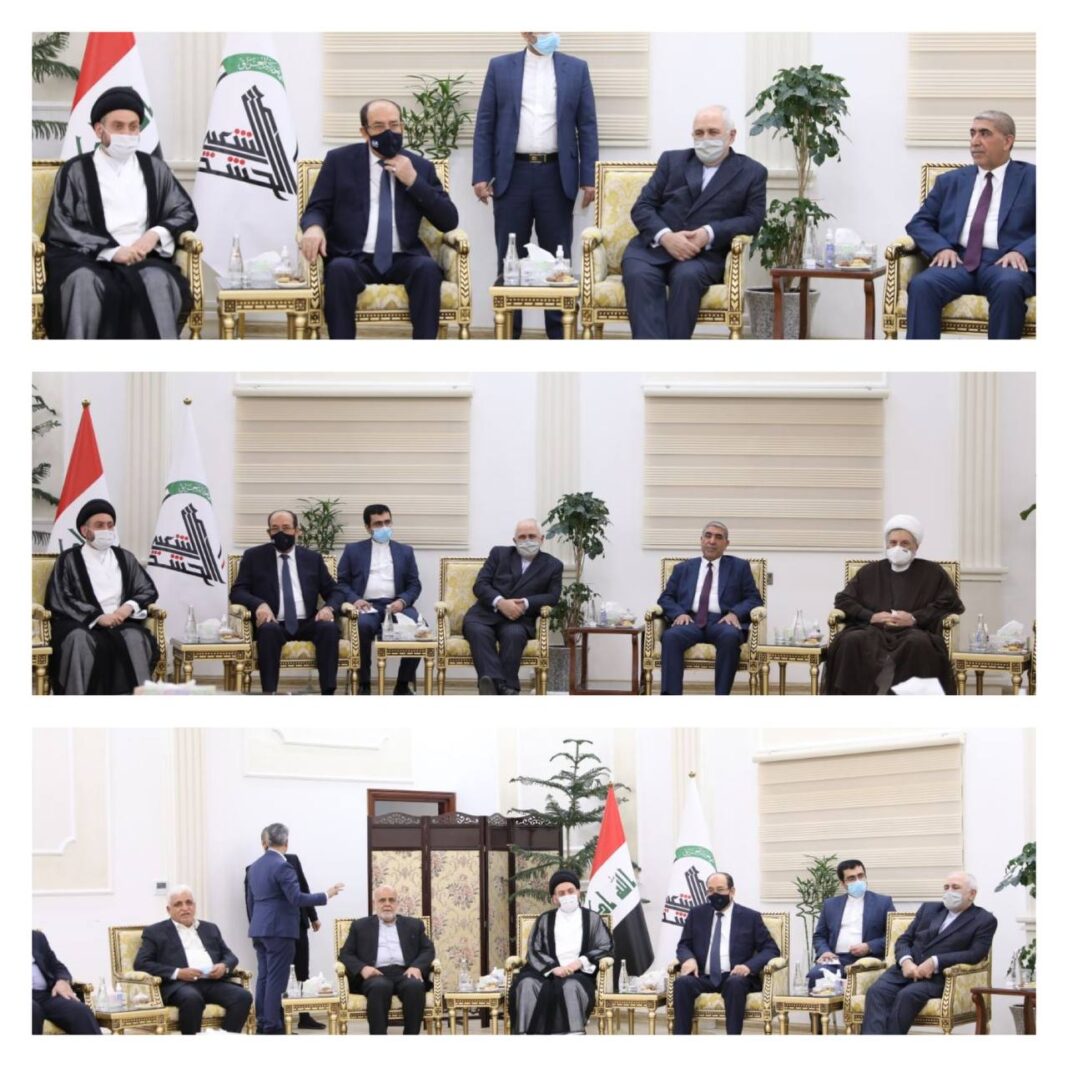 In the Tuesday talks, which were part of Zarif’s meetings with the political and religious officials of Iraq, the top Iranian diplomat elaborated on Tehran’s viewpoints about various issues.

Zarif expressed condolences on the tragic incident at a Baghdad hospital, and highlighted the importance of unity among all Iraqi factions and ethnic groups in order to advance the country’s objectives.

He also said the “new Iraq” plays a pivotal role in the region.

He recalled Iran’s support for Iraq in its fight against the ISIS terrorist group, and noted Iraq was at the forefront of the campaign against ISIS in the region.

Those attending the meeting also expressed their views on issues related to Iraq, Tehran-Baghdad relations and regional issues.