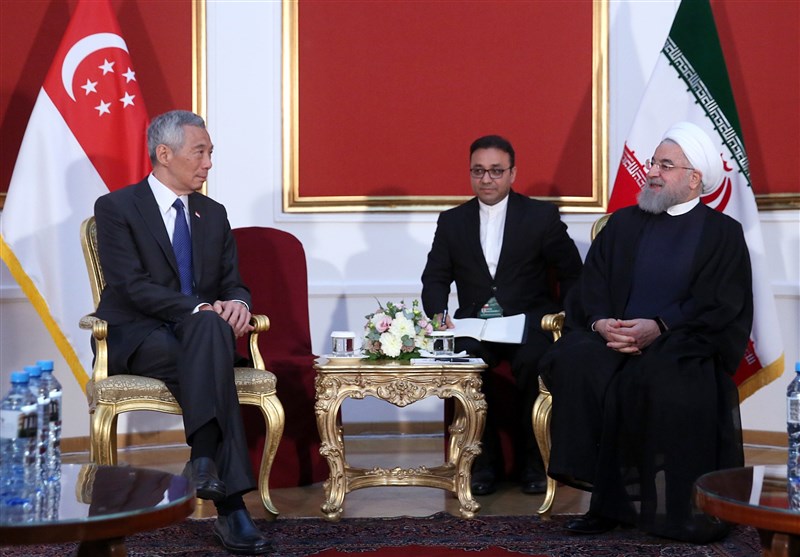 “We believe that if there is a problem in the region, it should be solved through talks and political means, and military approaches do not work,” Rouhani said in a meeting with Singapore Prime Minister Lee Hsien Loong in Yerevan on Tuesday.

The meeting took place on the sidelines of the summit of the Eurasian Economic Union (EAEU) underway in Armenia’s capital.

Rouhani pointed to Iran’s recent announcement of a new initiative to ensure peace in the region, expressing hope that regional countries would join the plan and help enhance peace and security in the region.

The Iranian president further said Tehran was ready to share its “invaluable” experiences with Singapore in various areas, including the fight against terror, drugs and systematic crimes.

Lee Hsien Loong, for his part, hailed the two countries’ “friendly” and “constructive” ties, calling for the expansion of trade volume between the two nations.

“Unfortunately, the volume of economic relations between the two countries has declined. We are keen to help compensate for this,” he said.

In comments before leaving Tehran to Yerevan on Monday, Rouhani said Iran would officially join the Eurasian Economic Union on October 27, marking the Islamic Republic’s first membership in a regional economic union.

He noted that according to Iran’s agreement with the EAEU, 502 Iranian goods will be subject to preferential tariff rates for the exports to the EAEU members.