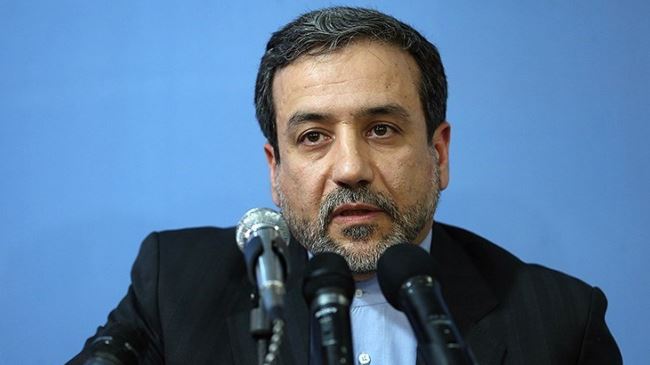 A senior Iranian nuclear negotiator has called on the six major world powers to remain “realistic” in the talks.

ranian Deputy Foreign Minister for Legal and International Affairs Abbas Araqchi made the remarks at a press conference in the Austrian capital Vienna on Tuesday, the first day of the latest round of talks with the Sextet of world powers.

“Some parties in the P5+1 still have some illusions, still stick to positions which belong to the past,” Araqchi said, adding that “a solution can be possible only if all sides” try to be “realistic”.

The Iranian negotiator described this round of talks with the six countries as serious and useful and that all parties were determined to bridge the gaps.

Araqchi also expressed hope that the latest round of talks would yield a result acceptable to all parties.

He called on the negotiators to stick to the goal of the talks, which is to ensure that Iran’s nuclear energy program is exclusively peaceful.

Iran and the five permanent members of the United Nations Security Council – China, Russia, Britain, France and the United States – plus Germany clinched a landmark interim deal in the Swiss city of Geneva on November 24, 2013.

Under the deal, dubbed the Geneva Joint Plan of Action, the six countries undertook to provide Iran with some sanctions relief in exchange for Iran agreeing to limit certain aspects of its nuclear activities during a six-month period. It was also agreed that no nuclear-related sanctions will be imposed on Iran within the same timeframe. The agreement took effect on January 20.