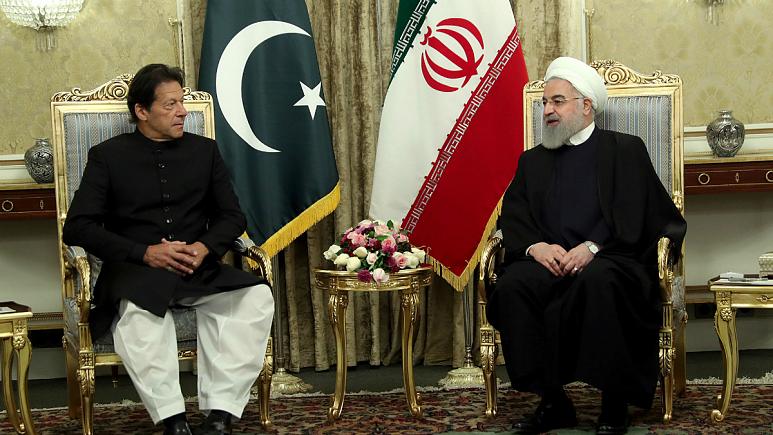 Iranian President Hassan Rouhani has called on India and Pakistan to show self-restraint and prevent the killing of innocent civilians in the disputed Jammu and Kashmir region.

Rouhani made the remarks in a Sunday phone conversation with Pakistani Prime Minister Imran Khan.

The Iranian president said the Islamic Republic has always endeavoured to prevent tension and unrest in the region, and believes the Muslim people of Kashmir must enjoy their legal interests and rights, living a peaceful life.

“Iran urges India and Pakistan to show self-restraint, and prevent insecurity and killing of innocent people in Kashmir,” he added.

“The issue of Kashmir has never had a military solution, and we must resolve the issues through diplomatic methods,” Rouhani noted.

Rouhani highlighted the importance of regional security, particularly in the Indian Subcontinent for Iran, saying that Tehran will spare no effort to maintain peace and security in the region and restore the rights of Muslim nations.

Imran Khan, in turn, expressed regret that tragic developments are unfolding against innocent people in the Kashmir region today, which are against the international rules.

He said Islamabad is concerned about the slaughter of innocent people and increased tensions in Kashmir, calling on Iran to help resolve the issue of Kashmir as an important country in the region and Muslim world.

Conflicts in the Indian-controlled Jammu and Kashmir region have escalated after the revocation of Article 370 of the Indian constitution.

Both India and Pakistan claim Kashmir in full, but rule it in part. The two neighbours have fought two of their three wars over the disputed territory.