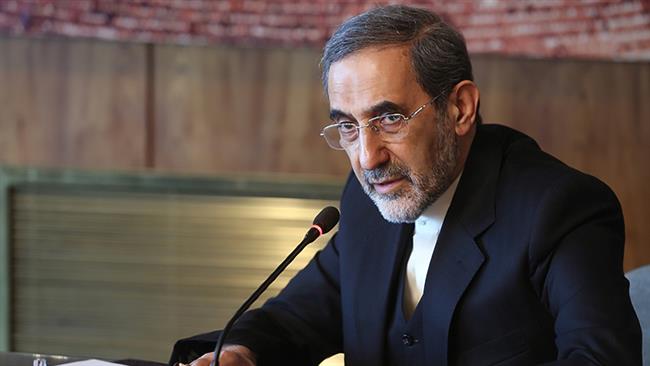 Ali-Akbar Velayati says only the Lebanese people should elect the country’s new president and foreign sides should not interfere in the election.

A senior Iranian official says the Islamic Republic throws its weight behind national dialog in Lebanon, stressing the holding of presidential election in the Arab country without any foreign interference.

“[We] support Lebanese national dialog and efforts made to elect the country’s new president,” Ali-Akbar Velayati, a top adviser to Leader of the Islamic Revolution Ayatollah Seyyed Ali Khamenei, told reporters in Beirut on Monday.

He added that only the Lebanese people should elect the country’s new president, stressing, “Foreign sides should not interfere [in the election].”

He emphasized that Iran will never meddle in presidential vote in Lebanon as it is a domestic issue, and expressed hope that the Lebanese nation will elect a new president as soon as possible in an attempt to solve the existing problems in their country.

The Iranian official, however, emphasized that Tehran would spare no effort to help the Lebanese people choose a new president.

Lebanon’s Parliament Speaker Nabih Berri on November 11 postponed a presidential vote to December 2 due to lack of quorum.

The Lebanese lawmakers have failed for 31st consecutive time to elect a successor to former president Michel Suleiman since his term ended on May 25, 2014.

Velayati further pointed to the ongoing row between Russia and Turkey over Ankara’s downing of a Russian jet and called on both sides to make efforts to reduce the tension.

He hoped that such incidents would not take place again, saying the Middle East is already facing many problems and cannot bear any new challenges.

Velayati said that cooperation between Iran, Syria and Russia in the battle against terrorism is legal and on the rise.

On November 24, Turkey shot down a Russian Sukhoi Su-24M jet inside Syria, claiming that the aircraft violated the Turkish airspace. Russia rejects Turkey’s claim. The aircraft was on a mission targeting terrorists in Syria.

The aircraft’s two pilots ejected as it was going down in flames. One of them was killed by militants in Syria, while the second was picked up by the Syrian army.

Velayati arrived in the Lebanese capital on Monday at the head of a delegation to hold talks with the country’s officials on issues of mutual interest.

Ahead of his departure for Beirut, the Iranian official sat down with Syrian President Bashar al-Assad and Foreign Minister Walid al-Muallem in Damascus.