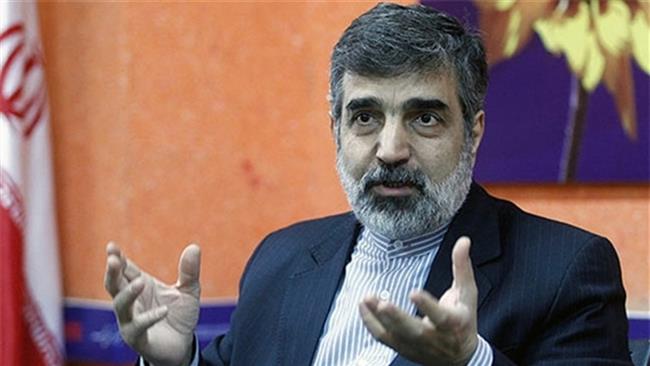 Kamalvandi said that Tehran has insisted that evaluation of the samples be carried out faster to speed up what should be done under a Road-map signed with the UN nuclear watchdog.

Iran has called on the International Atomic Energy Agency (IAEA) to accelerate assessment of the environmental samples taken from the country’s Parchin military site and release a report within a month, the spokesman for the Atomic Energy Organization of Iran (AEOI) said.

The IAEA has announced that assessment of the Parchin samples may take one or two months, Behrouz Kamalvandi said on Tuesday, adding that Tehran has insisted that evaluation of the samples should be carried out faster to speed up what should be done under a Road-map signed with the UN nuclear watchdog.

IAEA Director General Yukiya Amano had a one-day trip to Iran on Sunday and paid a visit to Parchin military site near Tehran, where some Westerners claim nuclear tests may have taken place.

On Monday, Amano said environment samples have been taken at Parchin, citing “significant progress” in its investigation of Tehran’s nuclear energy program.

Kamalvandi said if there is good IAEA cooperation, results of assessment of the samples will be ready within the next 4 or 5 weeks.

The first step, he added, was for the IAEA to confirm the authenticity of the samples, and Amano’s remarks show that the Iranian experts have done their job right.

Amano told reporters on Monday that the IAEA “can confirm the integrity of the sampling process and the authenticity of the samples, which were taken at places of interest to the agency at the particular location in Parchin.”

“Authentication by the agency of the samples was achieved through use of an established verification process. The process was carried out under our responsibility and monitoring,” the UN nuclear chief said, adding that the samples have been taken to Vienna for analysis.

Iran and the UN nuclear agency on July 14 signed a Road-map to resolve all the past and present outstanding issues related to Tehran’s nuclear energy program.

On the same day, Iran and P5+1 (Russia, China, the US, Britain, France and Germany) also finalized the text of a lasting nuclear deal, dubbed the Joint Comprehensive Plan of Action (JCPOA).

The IAEA has been given the role of verifying Iran’s commitments under the JCPOA.