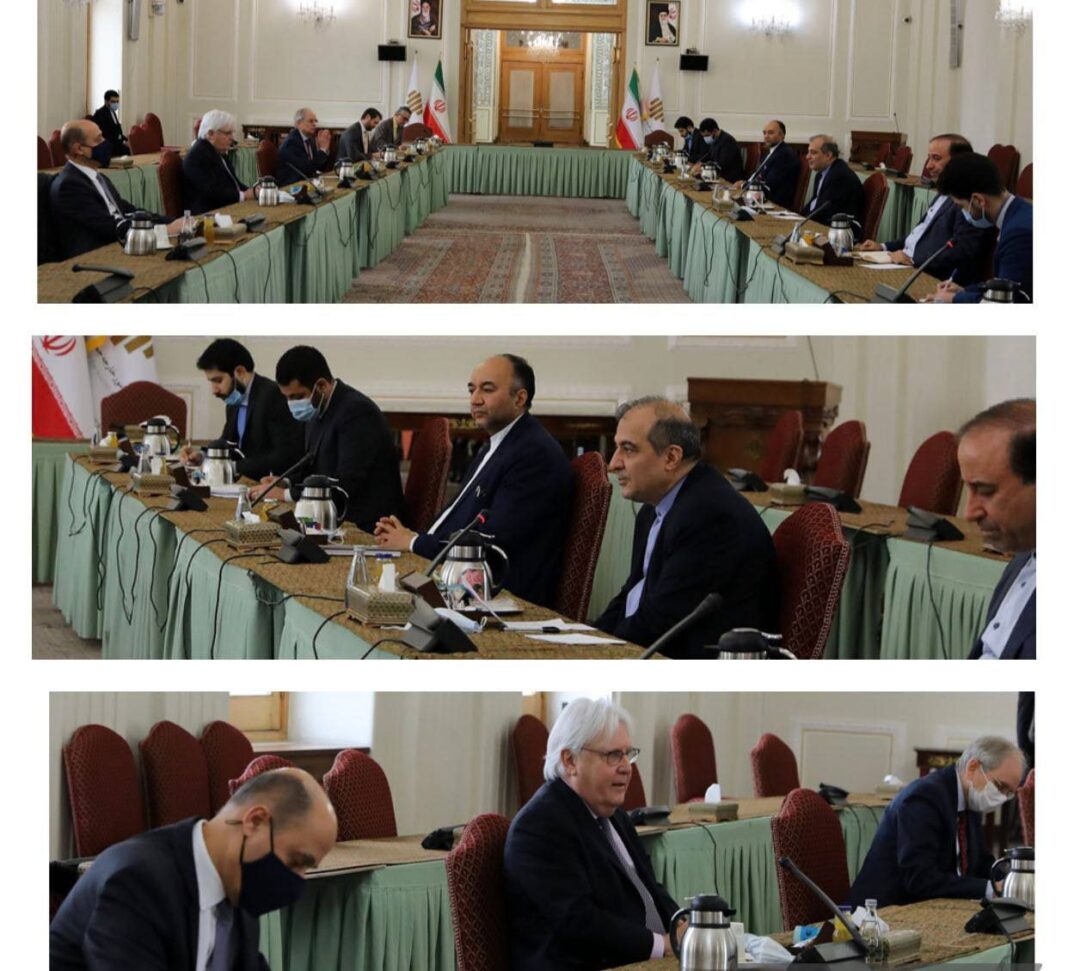 Ali-Asghar Khaji, a senior assistant to the Iranian foreign minister, has held talks with UN Secretary General's Special Envoy for Yemen Martin Griffiths and his entourage in Tehran.

In the Sunday meeting, the two sides discussed issues and various aspects of the Yemen crisis, and explored avenues to achieve peace and stop the crisis in the Arab country.

Khaji highlighted the miserable situation of the resilient people of Yemen and the very difficult conditions imposed on them due to war and a cruel economic siege, and called for further intervention by the UN and the international community to stop the war and lift the inhumane blockade.

He also expressed Iran’s preparedness to offer humanitarian and medical aid to the Yemeni nation in fight against the novel coronavirus.

The Iranian diplomat stressed the resolution of the Yemen crisis through political ways, the holding of Yemeni-Yemeni talks, and the formation of an all-inclusive government across the entire Yemeni territory with the participation of all political parties and groups of the country.

The UN envoy, in turn, highlighted Iran’s major role in helping the establishment of peace in Yemen and the region, and elaborated on the UN’s measures to establish a ceasefire, have the economic siege lifted, and resume the political dialogue in Yemen.