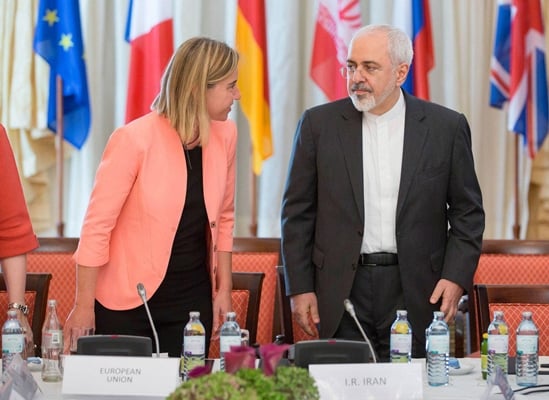 Iranian Foreign Minister Mohammad Javad Zarif has written a letter to the EU Foreign Policy Chief Federica Mogherini to elaborate on the Islamic Republic’s stances regarding the Iran nuclear deal following the US withdrawal.

In this letter, Zarif requested the EU foreign policy chief to organize a meeting of the JCPOA Joint Commission to discuss the US pullout.

Earlier, he visited Beijing and Moscow and sat for talks with his Chinese and Russian counterparts over the fate of the JCPOA.

Zarif’s letter to Mogherini came after a similar letter he wrote to the UN Secretary General Antonio Guterres following the US pullout.

In the letter, Zarif accused the US of “a complete disregard for international law” over its withdrawal from the 2015 nuclear deal. He said the US has consistently failed to abide by its commitments under the deal since Donald Trump took office. The Iranian foreign minister added that the US actions not only undermine the principles of peaceful settlement of disputes but endanger multilateralism.

In remarks before his departure for Brussels, Zarif talked about the purpose of his negotiations with European officials and said he held good and substantive meetings with his counterparts in Russia and China.

He noted that Russia’s stance on the deal is explicit as Moscow believes that all members of the deal and the international community should benefit from the JCPOA.

Zarif also held a phone conversation with his German counterpart Heiko Maas on Monday on the Iran nuclear deal.