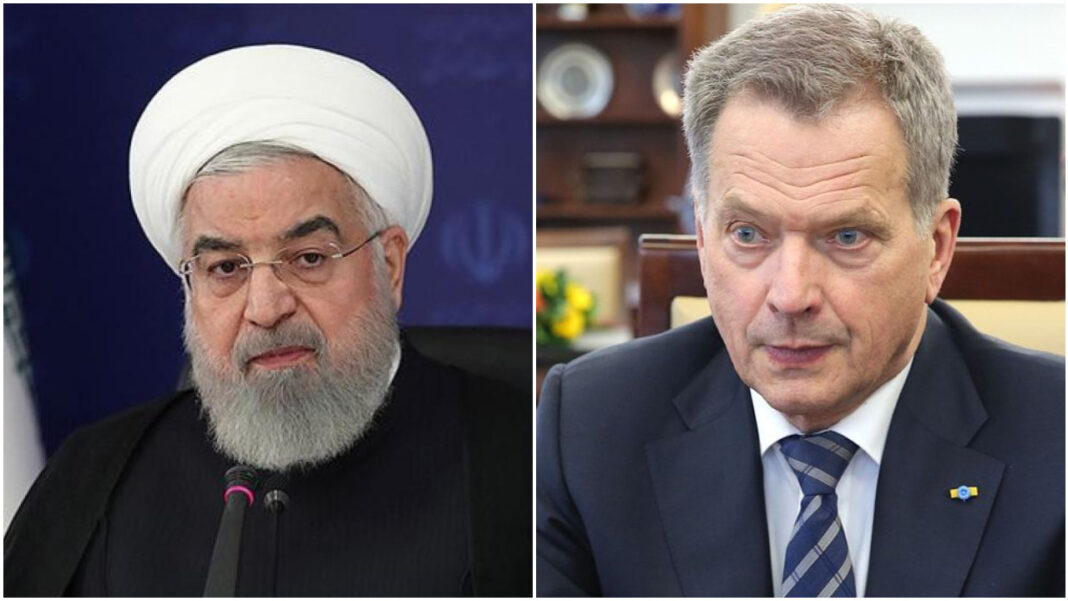 “The United States’ exit from the JCPOA was in violation of the UNSC resolution and against international regulations, political norms and all moral commitments,” the president said in a phone conversation with his Finnish counterpart Sauli Niinistö.

Rouhani underlined that Iran is continuing its cooperation with the International Atomic Energy Agency (IAEA) and the country’s nuclear activities remain under the agency’s watch.

“As soon as the European Union makes good on its 11 commitments in the JCPOA, we will comply with our obligations under the JCPOA as well.

Unfortunately, said the president, the Americans did not show any goodwill gesture at any stage, and even maintained their illegal sanctions and ratcheted up their economic pressure on Iran during the coronavirus outbreak, a move which is against human rights and principles.

“The Americans should have come to realize that continuing the path they have chosen will not be in their interest, and that scuttling the JCPOA would harm everyone,” President Rouhani said.

He said the US has taken the health of 83 million Iranians hostage by imposing unfair sanctions and preventing medicines and essential equipment from being sent to Iran at a time when the nation is grappling with the COVID-19 outbreak.

He touched upon the Instrument in Support of Trade Exchanges (INSTEX) established by Europe as well as the Switzerland-Iran financial channel.

“Unfortunately, these financial mechanisms have failed to prove effective so far, and the EU should act to make these mechanisms more active,” he said.
Elsewhere in his remarks, Rouhani described Iran-Finland relations as cordial.

“The two countries enjoy very good potential for the enhancement of ties in the fields of economy and trade, investment in oil and energy, agriculture and technology, and these potentialities should be utilized,” he said.

He also touched upon Iran success in fighting COVID-19, and said Iran and Finland should exchange experience and information in that regard.

“Collective cooperation is needed in order to succeed in fighting this disease, and if countries do not join hands, it will be very difficult to get rid of this dangerous disease.

At a time when the world is gripped by coronavirus, he said, all countries should be treated equally and all of them should be allowed to have free access to medicines and medical equipment.

He said the US has violated international regulations by maintaining its sanctions on Iran, urging the EU to fulfill its duties in the domain of human rights at this sensitive juncture.
The Finish president, in turn, expressed satisfaction over Iran’s success in fighting coronavirus.

Niinistö welcomed the INSTEX mechanism, and said his country is ready to join the financial initiative.

He also expressed full support for the JCPOA as an international agreement, saying Finland will do whatever it can to preserve the JCPOA and believes all signatories to the deal should implement the accord.