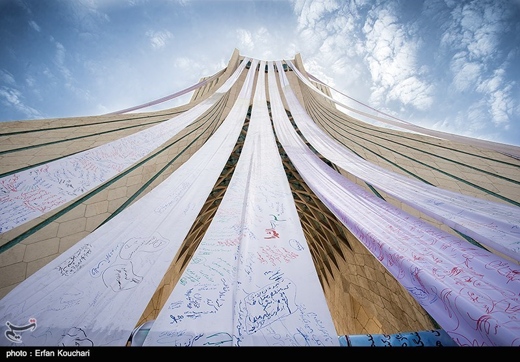 Iran has unveiled a national fact sheet on a possible nuclear deal with P5+1bearing millions of signatures.

A “national fact sheet” with millions of signatures that outlines the essential requirements for a possible final nuclear deal between Tehran and six world powers was unveiled in Tehran’s Azadi square on Tuesday.

The following are pictures Tasnim News Agency released of the fact sheet on June 30: