Iran under President Rouhani, a boon or a bane 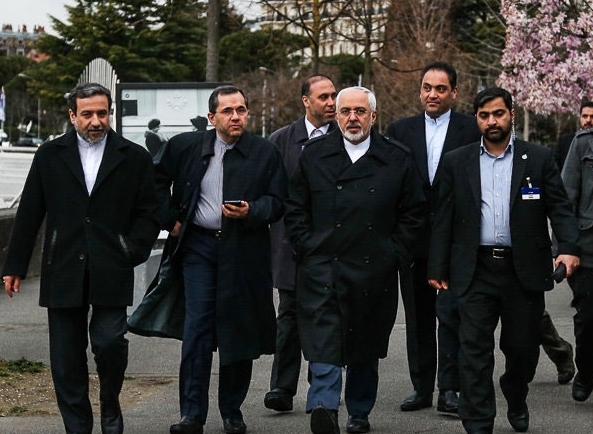 Etemad daily has quoted a university professor as saying that President Rouhani’s win-win approach is an upside of Iran’s foreign policy.

Dr. Rouhani’s foreign policy is mainly focused on more interaction with the international community, regional countries in particular, and on what he has repeatedly announced as a win-win approach.

Abdolali Ghavam, a faculty member at Shahid Beheshti University, in an opinion piece published by Etemad newspaper on April 19, elaborated on nuclear talks with P5+1 and President Rouhani’s foreign policy achievements. The following is a partial translation of the piece:

In game theory, a zero-sum game is [a mathematical representation of] a situation in which a gain for one side entails a corresponding loss for the other side. […]

I think Dr. Rouhani is favoring a win-win game. The question that arises here is how much the Iranian foreign policy can show flexibility, structurally, to shift from a zero-sum game onto a win-win game.

There is one point in game theory: although you have information about the other side in terms of politics, military and technological issues, etc., you cannot fully assess that information [which has turned into part of your mindset].

It can be said that you face limited communication [with the other side]. Although you have collected, among other things, the necessary ammunition on the other side’s economic and military capabilities, you still don’t know if the decision the other side makes has anything to do with those capabilities and whether its proposals and threats are real or just a bluff.

For any move you make, you need to weigh the costs you have to pay and the benefits you may reap. The costs and benefits may differ from one player to another. For instance, you may think that a policy you adopt will cause the other side to pay dear economic prices. Thus you may conclude that it is its Achilles’ heel on which you can pile more pressure. Maybe, unlike normative, ideological and idealistic questions, financial and economic issues are of little importance to that government.

Thus, the costs and benefits are not necessarily economic. If we just assess the financial and economic pluses and minuses, we are likely to miscalculate and this will cause huge damage.

In game theory, “brinkmanship” [the practice of seeking advantage by creating the impression that one is willing and able to push a highly dangerous situation to the limit rather than concede] happens when you take the other side to the edge of a cliff, but you are not sure if you want to push it down or keep it up there.

The game theory also entails deterrence. “Minimax” [a decision rule used in game theory for minimizing the possible loss for a worst case (maximum loss) scenario] and Maximin [the procedure of choosing the strategy that most benefits the least advantaged member of a group] are also part of the game theory. They are the games which help you maximize your benefits. They are the games in which you think a minimum is enough for you.

In Minimax, you choose the lesser of two evils. You may get involved in a situation in which you don’t have an ideal alternative, but you accept the least benefit. This way you choose the best of the worst to sustain fewer losses. This is the general framework of the game theory. […]

You get involved in interaction and cooperation when you see the game as a win-win situation. As one of the parties, if you expect to be the eventual winner of the talks and the other party the real loser, such talks do not take place. Even if they do, they will end inconclusively. […]

The other party [the US here] too seeks to win something out of the talks. For example, Mr. Obama wants to and should sell the result he achieves in the agreement to Congress. He should be able to pitch that result to his rival party, especially the radical and far-right Republicans. That he raises the issue in a certain way not to draw opposition from the Republicans comes with the territory t. […]

Obama does not think only about his term in office. He is thinking of a situation in which a Democrat president is at the White House. So any agreement [with Iran] can be a positive achievement under his belt. That’s why you cannot be a [comfortable] winner on all fronts in the talks.

First of all, economic profits do matter to members of P5+1, especially the Europeans as well as Russia and China. A number of European companies and industries admitted that they couldn’t believe the consequences [that they could not do very simple business with Iran] when they [first] learned about the sanctions imposed against Iran in recent years.

In light of the fact that Europe has been hit by a [money] crisis and Russia is currently facing a crisis [it is under sanctions over its role in Ukraine], P5+1 countries are seeking economic profits – their number one priority. Even in the recent round of nuclear talks in Lausanne, the topics which were raised showed that European countries together with China and Russia thought that the US was seeking to reap the largest benefits out of the agreement.

This was evident in their behavior. For instance, the top diplomat of one of those countries left the Swiss city and his deputies attended the talks. This shows that there is an economic rivalry among them too.

Economic profits are important to the US too, but what is more significant to the US are strategic interests, political and security issues, and how successful it is in turning Iran from a problem into a solution. That Western countries, the US in particular, see Iran as a problem has imposed huge security, economic and political costs on them.

If this [Lausanne] agreement is inked, it will be a paradigm shift and change Iran’s issue, which was believed to be a problem, into a solution.

Conditions of talks and agreement

Before setting the stage for holding talks which could result in an agreement, there should be common ground between countries. The parties to the talks should accept the legitimacy of the other side. Either side should think its rival enjoys potential and it can take advantage of such potential. In other words, one party enjoys legitimacy or power that the other party can count on. If a country [one side] can encourage the other side [another country] to establish cooperation, the former can largely meet its own demands.

[A case in point is what Iran has done so far.] So long as the price Iran has to pay for lack of cooperation with P5+1 has not gone beyond a certain limit, Iran prefers not to be engaged in talks because the country does not lose much. Or as long as the US thought it was only Iran which was paying the price [for no engagement] it showed not much interest in engaging Iran. But when the economic, political, military and cultural costs the two sides have to pay rise on different fronts, the stage is set for reaching an agreement. […]

If we want to study Iran’s foreign policy, we realize that it is based on several theories of international relations. It covers mainstream theories such as realism, liberalism and their different versions as well as Constructivism and critical theories.

What happens when you are engaged in a win-win game and international cooperation is definable according to liberalism? The security concerns can be studied within the principles of realism. When you challenge the existing regional order, you are critical of international law, human rights and the like, and you are following the critical theories. […]

The US under Obama has based its foreign policy on the world policy. The US look at global policies has been boosted after Democrats, led by Obama, assumed power. Unlike Gorge W. Bush and his fellow Republicans who put war above peace, Obama favors peace. What Obama is pursuing is peacemaking – or creating peace – not peacekeeping alone. This mindset focuses on efforts to create peace and try to maintain it.

Obama has taken into account a liberal principle which says that war is too costly compared with diplomacy and that relative stability and security is achievable through diplomatic means. [As for the nuclear agreement with Iran] I think the view of the US leaders has played a key role. The upshot of the agreement could serve the interests of P5+1, one way or another.

In addition, several regional countries – among them Israel, Saudi Arabia and Turkey – are upset by the current situation [a reference to the agreement] because they have been the leading players in the region in the absence of Iran, and now they think Iran is emerging as a serious rival. What has been the order of the day so far was ideal for them because they were given more room to maneuver. […]

Role of talks in global diplomacy

The policy President Obama is pursuing – that issues can be solved through diplomacy not confrontation and that diplomacy is less costly – has greatly paid off. World nations, especially regional countries, can learn a good lesson from it: that they can solve their issues through talks providing that the outlines of national interests and objectives as well as the priorities of those objectives are clear for the governments.

The upside of Iran diplomacy

That Iran announced it favored a win-win strategy marked the beginning of cooperation and talks. What parted the parties to the talks in the past was the win-lose strategy. Another plus for Iran is the employment of professional diplomats and well-experienced advisors – who were fully familiar with diplomatic techniques and knew how to get engaged in talks. […]

In case of a final nuclear deal, the international community will have a different look at Iran. This will set the stage for other governments and nations to have more interaction with Iran, something which would help Iran meet their demands easily.

Under such circumstances, Iran can enjoy a better position and a more powerful base in the region to serve its national interests. It will also ease the concerns of P5+1 and other countries which regarded Iran as a threat. In other words, factors which threaten [regional] security will be replaced by those which beef up security.

Failure to ink a final deal

Even if no deal is clinched, Iran has walked down a long path to reach an agreement, has voiced its desires and demands, and has – honestly and powerfully – talked about its issues. In case of failure, one can say that Iran has chosen diplomacy because it favors talks, but that the other governments have gone for other options since they were not willing to reach an agreement.