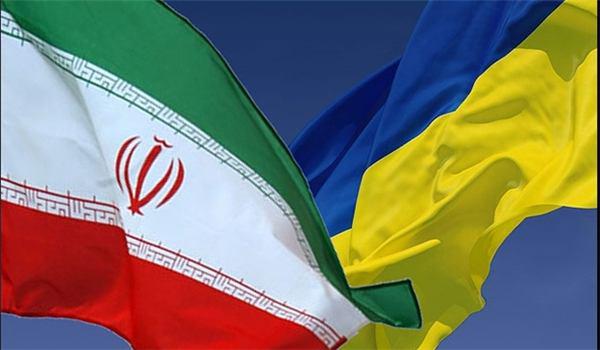 During the Friday meeting, Gopko pointed to the significance of relations with Iran and emphasized the need to boost parliamentary collaborations.

“Verkhovna Rada, Ukraine’s unicameral parliament, is ready to exchange parliamentary delegations with Iran and backs development of cooperation with the Islamic Republic,” she went on to say. 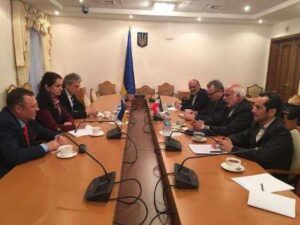 The official announced that the arrangements will be made in the Ukrainian parliament to remove the existing barriers to Tehran-Kiev ties, as reported by Mehr and edited by IFP.

Iran’s Deputy FM Rahimpour, for his part, stressed the importance of the view held by Ukraine’s parliament towards boosting ties with Tehran and pointed to the existence of numerous grounds for expansion of bilateral ties.

He further described the future of bilateral ties as positive, adding the two can expand relations in the areas of agriculture, energy, transportation and tourism.

Rahimpour underlined the importance of exchange of views between the two countries’ parliamentarians.

Rahimpour held talks with a number of top officials of the European country and discussed ways to deepen mutual cooperation.

Kiev Calls for Closer Cooperation with Tehran in Diverse Fields

First Vice Prime Minister of Ukraine Stepan Kubiv also voiced his country’s willingness to boost cooperation with Iran in all spheres, including energy, agriculture and industry.

Speaking at a meeting with Rahimpour in Kiev on Saturday, Kubiv emphasized that his country is ready to promote relations with the Islamic Republic in all areas.

Kubiv, who is also Ukraine’s Minister of Economic Development and Trade, said Tehran and Kiev can boost cooperation to prepare the ground for the business activities of the two countries’ merchants, joint investment, and development of infrastructure and standardization of products.

Rahimpour, for his part, underlined that Iran is prepared to promote relations with Ukraine in various economic areas.

He further called for efforts to remove obstacles in the way of promoting economic cooperation between the two countries, Tasnim reported.

During his three-day visit to Ukraine which ended on Friday night, the Iranian deputy minister met with senior officials of the Eastern European country, including Foreign Minister Pavlo Klimkin.