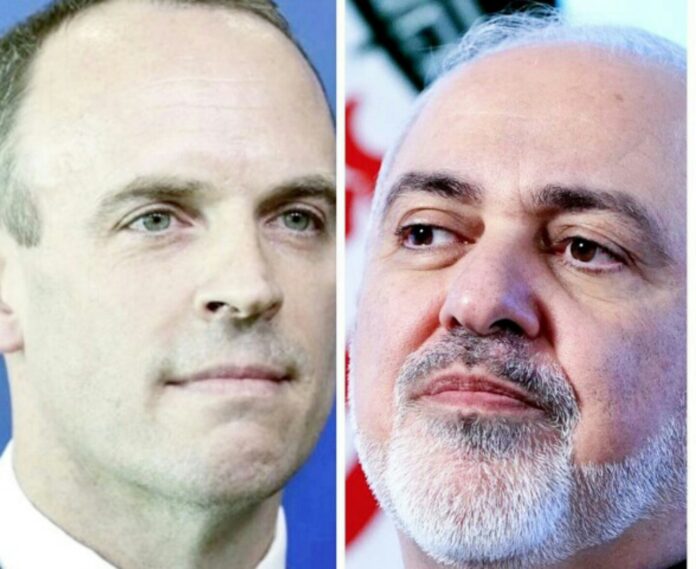 Highest-ranking diplomats from Iran and the UK have discussed a range of issues in a phone call, from Tehran-London relations to the situation in Yemen.

In the conversation, the two ministers discussed the latest developments concerning the bilateral ties and implementation of the JCPOA, a series of consular affairs between the two countries, the ongoing developments in the region, particularly the situation in Yemen, as well as the other issues of mutual interest.

Political tensions between Iran and the UK grew recently after the British Royal Navy captured an Iranian supertanker in the international waters off the coasts of Gibraltar in early July.

Two weeks later, the Islamic Revolution Guards Corps (IRGC) Navy captured British oil tanker Stena Impero in Iran’s southern waters because the UK vessel had switched off its GPS locator, in contravention of international regulations, and was sailing into the Strait of Hormuz in a wrong traffic pattern.