Iran U-17 Football Team to Play Friendly with France 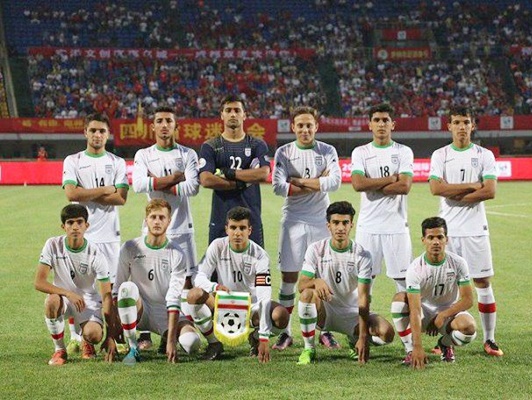 The U-17 national football teams of Iran and France will play a friendly match to prepare themselves for the 17th edition of FIFA U-17 World Cup.

The match between Iranian and French U-17 teams will be held on September 28 at the world-class facilities of the Marbella Football Centre in Málaga, Spain.

According to Iran’s Football Federation’s website, the Iranian young footballers will also play friendly matches against Ghana and Mexico before going to India for the 2017 FIFA U-17 World Cup.

Iran has been drawn against Guinea, Germany, and Costa Rica in Group C of the competition.

France is also in Group E along with Honduras, Japan, and New Caledonia.

Nigeria, the 2015 champions, will not be able to defend their title as they failed to reach the final round of the CAF qualifying tournament. In doing so, they became the first incumbent title holder since Switzerland in 2009 to fail to qualify for the subsequent tournament.