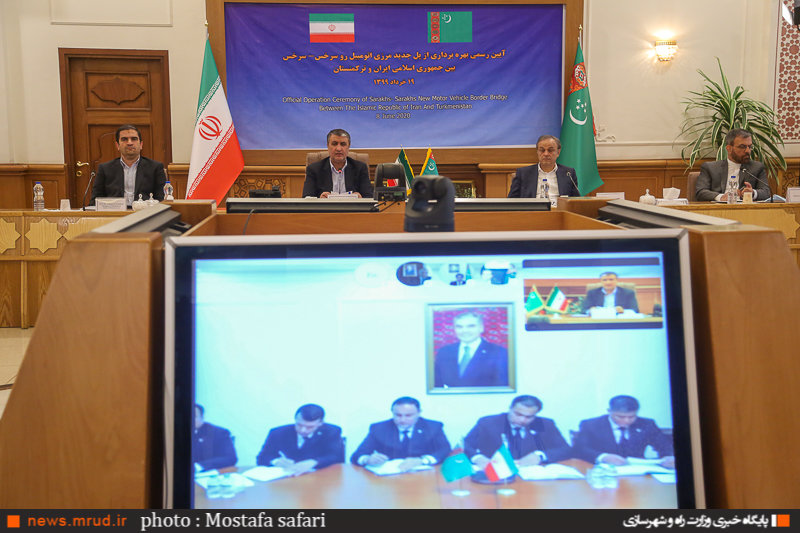 Iran and Turkmenistan are to resume the transit of goods as well as trade.

The two countries spoke of the resumption of commercial ties in a ceremony where a new border bridge was put into service in the Iranian town of Sarakhs.

The ceremony held via videoconference was attended by a host of senior officials from both countries.

Present at the ceremony was Iranian Minister of Roads and Transportation Mohammad Eslami, who said the inauguration of the new bridge is a “positive model” for lasting cooperation.

“I’m confident that we can use this achievement to boost economy, trade and commerce, and open up new horizons for development,” the minister said in the ceremony.

He said the project will set the stage for the enhancement of cooperation between the two countries and in the whole region with regards to the transportation of goods.

The minister noted the project comes in tandem with the expansion of relations within the framework of infrastructural and development projects of the Economic Cooperation Organization (ECO) and in keeping with the Ashghabat transit agreement as well as an agreement signed by the Persian Gulf and Silk Road countries.

He said Iran plans to turn Sarakhs into a special economic zone, which amounts to a historic opportunity for absorbing massive investments as well as the promotion of cooperation between the two countries.