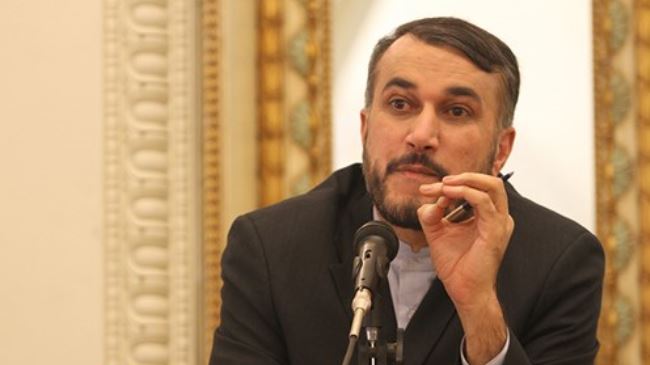 Iranian Deputy Foreign Minister Hossein Amir-Abdollahian says Tehran and Ankara can succeed in finding a political solution to the crisis brewing in Syria.

Iran’s Deputy Foreign Minister for Arab and African Affairs Hossein Amir-Abdollahian says the Islamic Republic and Turkey will succeed in finding a political solution to the Syrian crisis.

In a meeting Tuesday with Umit Yalcın, Director General for Bilateral Political Affairs at Turkey’s Foreign Ministry, the Iranian official said Tehran and Ankara play a strategic role in the Middle East and should stay in touch about regional developments.

“Given the [present] circumstances in the region, Tehran and Ankara can play a leading political role in settling the crises and we are ready to turn consultation in this regard into practical cooperation,” Amir-Abdollahian said.

Reiterating that the Syrian conflict should be solved through democratic ways without any military intervention, he said Iran backs “broad-based national dialog” and opposes foreign governments’ arming of the Syrian opposition.

The Iranian diplomat noted that any solution to the ongoing problems in the Middle East, particularly in Syria and Iraq, would not bear fruit without Iran’s involvement.

The Turkish official, for his part, said Iran and Turkey share views on the importance of restoration of peace and stability to the region, maintenance of territorial integrity and security of Iraq and Syria and eradication of terrorism in the region.

Yalcın added that settlement of the ongoing problems in the Muslim world is a top priority in Tehran-Ankara cooperation.