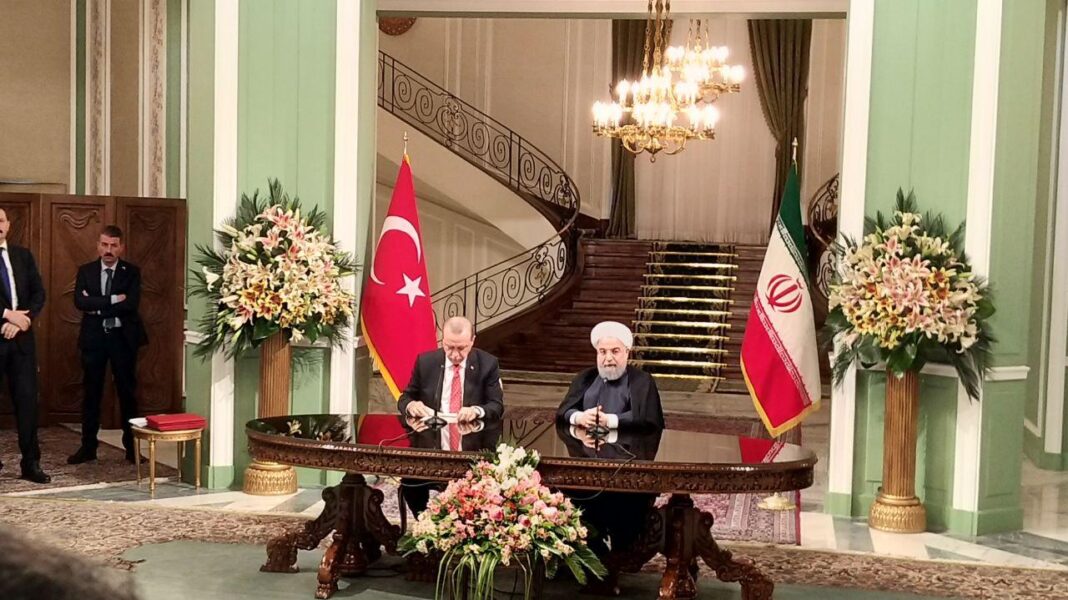 Iran and Turkey inked four Memorandums of Understanding during the Turkish president’s visit to Tehran on Wednesday.

The MOUs were signed in a ceremony attended by the Iranian President, Hassan Rouhani, and his Turkish counterpart, Recep Tayyip Erdogan, a Farsi report by Tasnim News Agency said.

The agreements cover a wide range of areas including customs and banking relations. One of the MoUs will also pave the way for further cooperation between the Islamic Republic of Iran Broadcasting (IRIB) and Turkish Radio and Television Corporation (TRT) and the National Library and Archives Organization, Turkish Prime Minister’s Archive Office.

The ceremony was also attended by officials from Iran and Turkey.