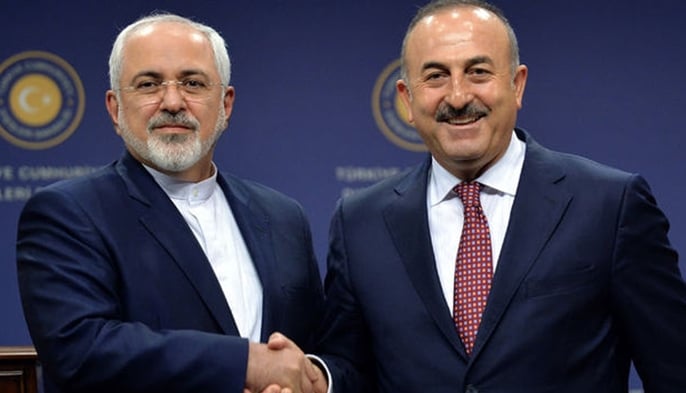 Iranian and Turkish foreign ministers have discussed a whole range of issues in a phone conversation on Tuesday.

During the phone conversation, Mohammad Javad Zarif congratulated Mevlut Cavusoglu on his re-election as Turkish Foreign Minister and wished him success.

The two sides also touched upon the good and constructive relations between Tehran and Ankara, and stressed the need to continue and further promote mutual cooperation in all bilateral, regional and international areas in order to secure the interests of both nations and maintain and boost stability and security in the Middle East and across the world.

Erdogan on Monday named the ministers in new Turkish Cabinet, first to be functioning under the presidential form of government.

The post of prime minister in the new cabinet has been abolished following the transition to the presidential system.

According to Erdogan, Fuat Oktay, the former head of Turkey’s Disaster and Emergency Management Authority (AFAD), will be Turkey’s only Vice President.