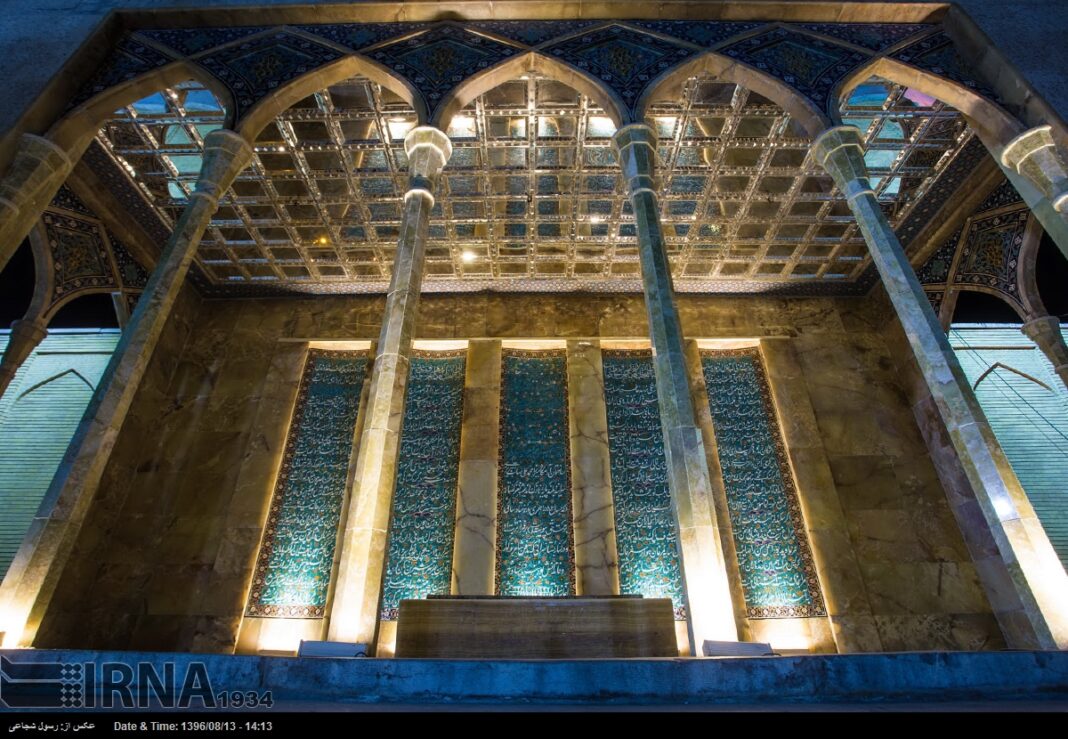 The tomb of the Iranian poet Mohammad Ali ibn Mirza Abdul Rahim Tabrizi, known as Saib Tabrizi, in the central city of Isfahan has turned into a major tourist attraction.

The eleventh-century (AH) poet’s mausoleum was built in his own private garden, called the “Tekyeh Garden”, in Saeb Street of Isfahan in central Iran.

The building, which was put up in 1967, is home to a collection of Saib’s poems, which contains around 120,000 couplets.

Saib was a poet from Tabriz in the northwest of Iran who traveled to the city of Isfahan and passed away there.

Here are IRNA’s photos of the tomb: