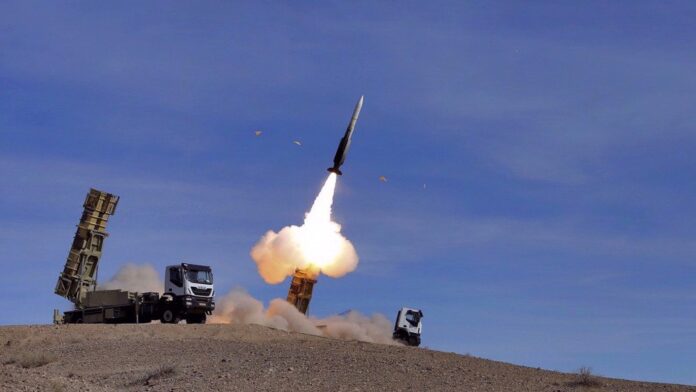 An Iranian diplomat says the country has “many friends” and partners to start trading in armaments with them in line with its national interests days before a decade-old United Nations arms embargo against Tehran expires.

“Iran has many friends and trading partners, and has a robust domestic arms industry to ensure its defense requirements against foreign aggression,” Iranian UN mission spokesman Alireza Miryousefi told Newsweek in an interview published on Friday.

The UN restrictions are set to be lifted on Sunday under United Nations Security Council Resolution 2231 which endorses the multilateral nuclear agreement, officially known as the Joint Comprehensive Plan of Action (JCPOA), signed between Iran and major world powers in 2015.

The ban’s removal will follow a largely unsuccessful campaign by US President Donald Trump to convince the remaining signatories to defy the nuclear deal and the Resolution 2231 and keep the ban on Iran’s arms industry in force.

During the 15-member Security Council vote on August 14, the US received support only from the Dominican Republic for its anti-Iran resolution, leaving it far short of the minimum nine ‘yes’ votes required for adoption.

Trump, a hawkish critic of the JCPOA, unilaterally withdrew Washington from the agreement in May 2018, and unleashed the “toughest ever” sanctions against the Islamic Republic to strangle its economy in defiance of global criticism.

Following its much-criticized exit, Washington has been attempting to prevent the remaining signatories from abiding by their commitments and thus kill the historic agreement, which is widely viewed as a fruit of international diplomacy.

“In accordance with the timeline stated in Resolution 2231, Iran will be relieved from arms restrictions as early as Oct. 18. Naturally, from that date, we’ll trade, on the basis of our national interests, with other countries in this field,” Miryousefi said.

He added that the lack of support for Washington’s initiatives was telling of its position vis-à-vis the international community.

Miryousefi added, “It is abundantly clear that the UN—and the overwhelming majority of its member states—reject the US’ so-called maximum pressure policy on Iran,” and that “its attempts to even further violate the JCPOA and UNSCR 2231 have led to its isolation.”

Although Iran has not yet formally announced any specific country to start trading arms, Miryousefi said Tehran had options beginning on Sunday.

Speaking during a cabinet meeting on Wednesday, Iranian President Hassan Rouhani said the country will be free to trade weapons as of Sunday.

The Islamic Republic has achieved self-sufficiency in most areas of its defense sector and is itself an exporter of arms. Tehran says it can meet its strategic needs through the countries it interacts with like Russia and China once the UN embargo is lifted.

The Russian Foreign Ministry spokeswoman said on Thursday that Moscow will consider military technical cooperation with Iran in line with mutual interests after the expiration of the United Nations arms embargo on Tehran.

“We are convinced that all possibilities stemming from the expiration of the provisions of United Nations Security Council Resolution 2231 that are linked with military technical cooperation with Iran will be duly taken into account and used on the basis of mutual benefit and in the interests of the peoples of our two states,” Maria Zakharova said.