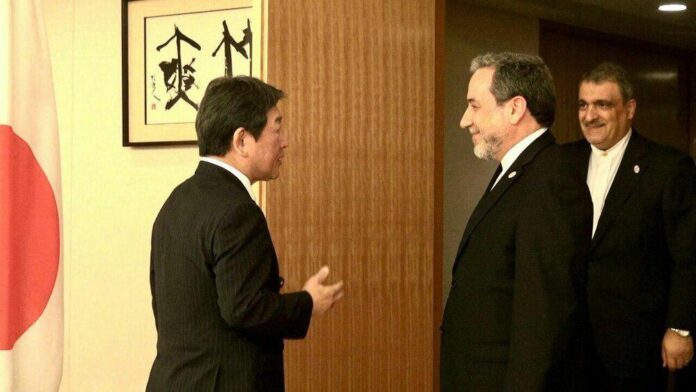 Iranian Deputy Foreign Minister for Political Affairs Seyyed Abbas Araqchi says Tehran will resume honouring its commitments to the 2015 nuclear deal as soon as the sanctions are lifted.

In a meeting with Japan’s Minister for Foreign Affairs Toshimitsu Motegi in Tokyo on Tuesday, Araqchi said Iran’s purpose is not to withdraw from the Joint Comprehensive Plan of Action (JCPOA).

Iran decided to reduce its commitments to the JCPOA after a year of patience and observing the European parties’ failure to fulfill their commitments, Araqchi noted, adding, “If the sanctions are lifted and Iran enjoys the benefits of the (nuclear) deal, we will return to the JCPOA commitments.”

He also stressed that the delicate conditions in the Middle East necessitate cooperation for de-escalation of tensions more than ever.

The top Japanese diplomat, for his part, expressed satisfaction with the meeting with the Iranian president’s special envoy.

He further reaffirmed Japan’s support for the JCPOA, and called on all parties to show self-restraint in order to prevent an escalation of tensions.

The two diplomats also discussed Iran-Japan ties, the major regional and international issues, including the situation in the Persian Gulf and the Middle East, as well as the other issues of mutual interest.

Iranian Deputy Foreign Minister Araqchi has taken a tour of China and Japan ahead of a meeting of the JCPOA Joint Commission, due to be held at the level of deputy foreign ministers in Vienna on November 6.