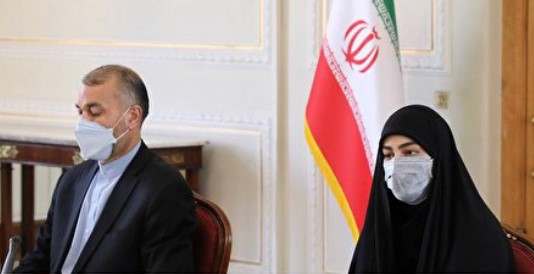 Speaking at a meeting in the Foreign Ministry with members of a committee tasked with following up the assassination, Amir Abdollahian said the US officials’ role in the assassination of General Soleimani is unforgivable and it’s Iran’s definite policy to bring the state terrorists behind the crime to justice.

The foreign minister noted that the memory of General Soleimani must be kept alive as a national and international anti-terrorism hero.

The members of General Soleimani’s family were present at the meeting in Iran’s Foreign Ministry.

General Soleimani was assassinated along with his companion Abu Mahdi Muhandis in a US drone strike outside Baghdad’s airport in January 2020.

The attack was carried out at the direct order of former US president Donald Trump.

General Soleimani played the key role in defeating Daesh and other terrorist groups in Iraq and Syria and is revered as an anti-terror icon in Iran and the wider region.