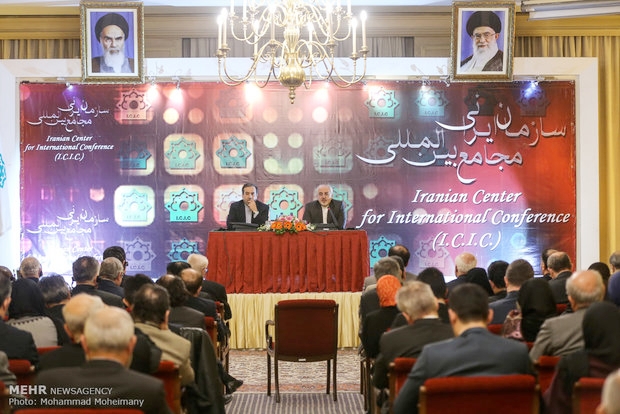 Iranian FM Zarif says the country will soon present golden opportunities for various economic institutions and industries across the world for investment and exchange of technology.

Following the implementation of the nuclear agreement between Iran and the 5+1 group of countries and the consequent removal of nuclear and economic sanctions against the Islamic Republic on Sat. 16 January, Foreign Minister Mohammad Javad Zarif attended a meeting with Iran’s ambassadors and heads of diplomatic missions to other countries on Monday, outlining his views on the results of the nuclear deal and the outlook of international and regional developments in the light of Tehran’s relations with other countries.

Referring to the attempts made during the course of 12 years of negotiations, Zarif added “during this time we were in a situation where we had to overcome difficult challenges in order to prove our capabilities and achieve our basic rights to peaceful nuclear energy.”

“What our people rightfully proved to the world was that pressure and sanctions will have no effect and efficacy,” he said.

Zarif called for closer cooperation with neighboring countries based on understanding, goodwill, negotiation and wise diplomacy in a bid to improve the process of peace and stability in the Persian Gulf region.