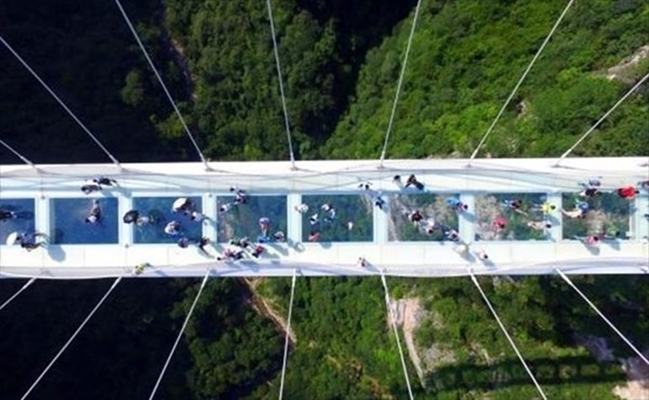 Iran says it is opening the world’s first curved glass suspension bridge in the northwestern Province of Ardabil soon.

Director General of the Cultural Heritage, Handicrafts and Tourism Department of Ardabil, Nader Fallahi, said the bridge will be launched in the city of Hir during President Rouhani’s visit to the province.

“This bridge has been developed by native engineers, and can boost tourism industry in this region,” underlined Fallahi.

He said “our objective to launch tourism projects in the province is to enable tourists from all over the world, especially domestic tourists, to use these facilities and select Ardabil as their first destination.”

Iran is making attempts to welcome more international visitors. The Cultural Heritage, Handicrafts and Tourism Organisation earlier declared the country seeks to attract 20 million tourists by 2025, and earn $30 billion annually from the industry.