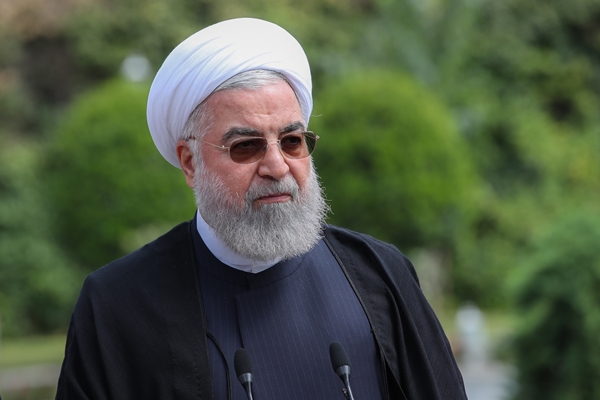 Speaking to reporters on Monday evening before leaving Tehran for Yerevan, President Rouhani said his visit to Armenia for attending the EAEU summit will mainly pursue economic purposes.

He noted that Iran’s agreement with the EAEU will take effect on October 27, according to which 502 Iranian goods will be subject to preferential tariff rates for the exports to the EAEU members.

The president said it will be the first time that the Islamic Republic is joining a regional economic union.

President Rouhani described Iran’s membership in the EAEU as an opportunity to enhance the economic power at the regional level before a competition on a global scale.

He also noted that Iran’s interaction with the EAEU members, with a total population of 180 million, could be of great significance given the US attempts to mount the pressure of cruel sanctions on people of Iran.

Rouhani stated that Iranian business people and economic sectors could seize the opportunity to enhance trade with the five members of the EAEU (Russia, Belarus, Kazakhstan, Armenia and Kyrgyzstan) and also have access to the markets of other regions subsequently.

A high-ranking politico-economic delegation is accompanying Rouhani on this visit.

In June, the Iranian parliament ratified an agreement allowing the administration to join a free trade zone with the EAEU countries.

The agreement, signed in Kazakhstan in May 2018, set the main rules of trade between the EAEU, Iran and those of the World Trade Organization (WTO), of which Iran is not a member.