Iran to implement JCPOA in couple of weeks: Official 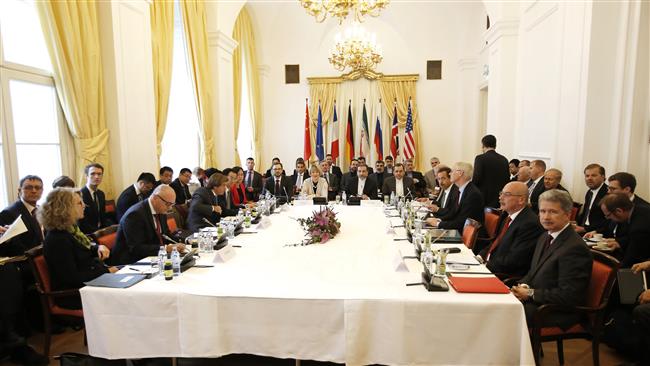 Iran will fulfill its commitments under JCPOA in a couple of weeks, Araghchi said.

A senior Iranian official has said that Iran will hopefully implement the agreement with P5+1 on the Islamic Republic’s nuclear program in “a couple of weeks”.

Deputy Foreign Minister for Legal and International Affairs Abbas Araghchi said Monday that Iran is expected to fulfill its commitments under the Joint Comprehensive Plan of Action (JCPOA) in “a couple of weeks perhaps, or a few weeks.”

He made the remarks after a joint commission comprising representatives from Iran and P5+1 convened in Vienna to discuss the implementation of the nuclear agreement that was reached in July.

“Hopefully before the end of this year, certainly we would have the implementation day,” he added.

He further noted that the first joint meeting was held in a good atmosphere, adding that all participants in the session confirmed their commitment to JCPOA.

Referring to issues surrounding the Arak heavy-water reactor, Araghchi said that experts are working on an official document that needs to be signed before work on the reactor can begin.

Araghchi also said that Iran has had discussions with certain countries about selling its enriched uranium rather that diluting it.

“Instead of diluting, we can do the business and receive natural uranium in return for selling our enriched uranium,” he said.

He further said that the second meeting of Iran and P5+1 will be probably held in the second half of November.

His remarks came a day after Foreign Minister Mohammad Javad Zarif and European Union foreign policy chief Federica Mogherini announced in a joint statement that the EU had “adopted the legislative framework for the lifting of all nuclear-related economic and financial sanctions against Iran.” Sunday marked the “adoption day” of JCPOA.