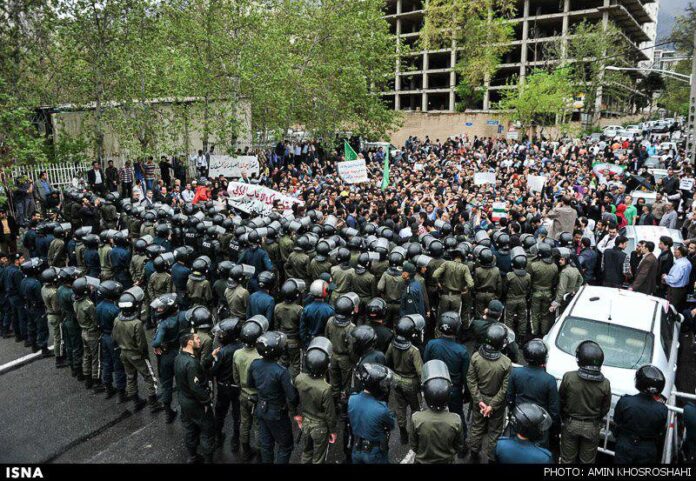 The Iranian government on Monday approved a plan proposed by Tehran’s City Council to dedicate special places in Tehran to citizens’ protest gatherings.

Bahram Sarmast, the Director General of the Interior Ministry’s Political Department, said the plan is aimed at providing protesters with special places to have their voices heard.

This plan not only ensures the protesters’ security, but also prevents public properties from being vandalized or other citizens’ business from being hampered, he added.

He said the plan allocates Tehran’s parks, stadiums and public squares to public protests, a report by ISNA said.

Sarmast said although the government has approved the plan, it has not yet implemented it.

Since its approval by Tehran’s City Council in January, the plan has sparked mixed reactions in the Iranian society.

The proponents of the plan underlined the necessity of implementing the Article 27 of Iran’s Constitution which says public gatherings and demonstrations are allowed as long as the participants do not carry arms and do not violate the fundamental principles of Islam.

Back in January, a number of peaceful protests over economic problems broke out in several Iranian cities, but the gatherings turned violent when groups of participants, some of them armed, vandalized public properties and launched attacks on police stations and government buildings. At least 21 people including security forces lost their lives during the riots.