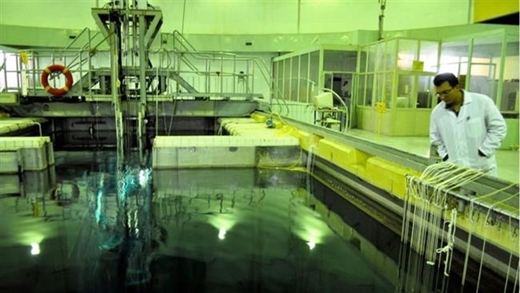 Iran has launched a plan to build a major specialized nuclear hospital in the near future, says the country’s nuclear chief.

“Work will soon get underway to construct the hospital,” said Director of the Atomic Energy Organization of Iran (AEOI) Ali Akbar Salehi, adding the plan has been given the all-clear by President Hassan Rouhani as well.

Among the objectives of Iran’s nuclear program is to use nuclear technology in the field of medicine, namely research and development as well as production of radio pharmaceuticals.

The top official further underlined that over a million patients in the country are using locally-produced radio pharmaceuticals, adding Iran is the only producer of such medicines in the Middle East.

“No other country in the Middle East is capable of doing this,” said Salehi, adding Iran is exporting radio pharmaceuticals as well.

The radio pharmaceuticals produced by Iran are up to par, said the AEOI chief; however, he noted, the country has set in motion a plan to standardize domestically-produced radio pharmaceuticals, so that they will measure up to international standards and set the stage for the Islamic Republic to become a major exporter in the field.

Salehi further touched on untiring efforts by local scientists to develop centrifuges as part of the country’s peaceful nuclear drive and Iran has manufactured and tested eight generations of centrifuges since 1990, adding the ones which prove successful are gradually identified during the process, which “takes time.”

“The IR6 and IR8 machines (centrifuges) are promising and can be used in the future,” the AEOI chief said.

Salehi also underlined that Iran is working to master the nuclear fuel cycle, expressing hope that the country will be able to “complete the fuel cycle” through international cooperation and having restrictions removed.

“We will speak with Russians on [Tehran-Moscow] cooperation in the near future to produce several [nuclear] fuel assemblies annually,” said the AEOI chief.

He also said Iran, in cooperation with China, is to construct a complex in the central Iranian city of Arak, which will move the country ahead several decades given the technology involved.

Talks are also underway with China on the construction of two other power plants in Iran, Salehi noted.

Iran not after nukes

Salehi further reiterated Iran’s position that it is not pursuing atomic weapons, recalling a fatwa by Leader of the Islamic Revolution Ayatollah Seyyed Ali Khamenei, which forbids the development and use of nuclear arms.

Iran has announced time and again that it is not seeking to produce nuclear weapons as development of nukes runs counter to both humanitarian principles and religious precepts.