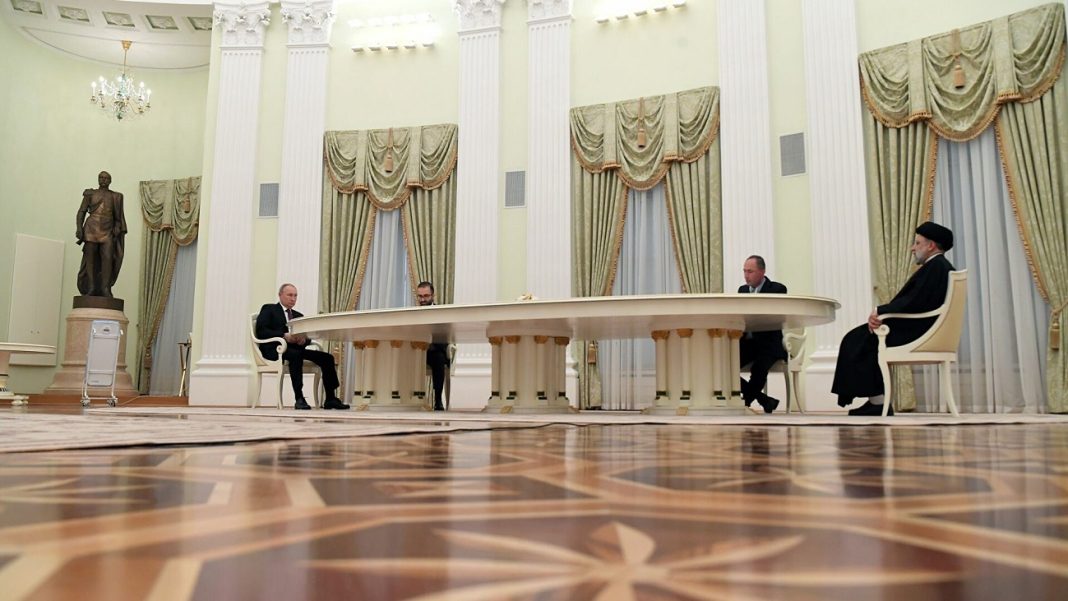 Iran’s ambassador to Russia Kazem Jalali has said Tehran regards its ties with Moscow as “a priority” under President Ebrahim Raeisi’s new policy of revitalizing relations with neighboring states.

“Russia is a priority country for Iran to develop relations with,” Jalali stated in remarks Thursday at the St. Petersburg 25th International Economic Forum (SPIEF) as quoted by the state-run TASS news agency, noting that relations between the two sides have entered a new phase.

The diplomat added Iranian-Russian relations have entered a new phase.

“Our top priority is the development of relations with neighboring countries,” the diplomat asserted at the Jan 15-18 annual event, organized by the Roscongress Foundation, a Moscow-based socially oriented non-financial development institution.

According to the report, the theme of this year’s forum is ‘New Opportunities in a New World’ and is being held in coordination with the SME (Small & Medium-sized Enterprises) Forum, the Creative Business Forum, the Drug Security Forum, the SPIEF Junior Dialogue and SPIEF Sport Week.

Head of Iran’s Trade Promotion Organization (TPO) Alireza Peymanpak on Thursday held talks with a Russian presidential advisor on the sidelines of the SPIEF conference and discussed the expansion of bilateral trade, as well as collaborations in industries such as automobile manufacturing and shipbuilding.

According to reports, the two sides also discussed the activation of the North-South transport corridor, banking and currency-exchange cooperation, and joint production of goods.

According to Iran’s TPO, Peymanpak underlined Tehran’s readiness to sign long-term agreements in the field of fruit and vegetable trade in cooperation with commerce chambers in the two countries as part of efforts to expand the volume of exports.

The Russian side, for its part, welcomed the Iranian official’s recommendation to hold joint expos by corporations from the two countries, noting that Russia’s car-making industry is prepared to enter joint ventures with its Iranian counterpart. Peymanpak earlier stated that Iran and Russia have reached an initial agreement for launching a joint shipbuilding venture in the Caspian Sea region.

“The Russian side has committed to help the Iranian side in the joint manufacturing of ships and also to supply the ships needed by the Islamic Republic of Iran,” said a TPO report on Thursday, quoting the organization’s chief.

The report further noted that the two countries also reached an agreement under which Iranian companies will supply domestically manufactured ship parts to shipyards in Russia.

It also added that the agreements are in line with a broader understanding between Iran and Russia to bolster their trade relations along the International North-South Transport Corridor (INSTC), a major corridor that connects trade hubs in the region.

Earlier this week, Iran announced the launch of the first pilot transit of cargo between Russia and India through the corridor. Experts say Russia and India will seek to increase their trade through the Iranian territory now that Moscow faces Western sanctions owing to its military operation in Ukraine, now into its fourth month, which has inflamed tensions between Moscow and the West.

On Thursday, President Vladimir Putin ordered his government to quickly come up with new measures to support the domestic car industry amid Amid a crunch on demand from Russian buyers and severe logistics problems as a result of Western sanctions.

“I would like to ask the government to tell us in detail what swift measures it is taking to support the auto industry and stabilize the internal market,” Putin said in a meeting with officials broadcast on state TV.

French auto giant Renault struck a deal in May to sell its majority stake in Avtovaz to a Russian science institute.

Iran’s auto sector has started standing on its own feet after years of reliance on imported car kits which foreign companies stopped supplying when the US reimposed sanctions on the Islamic Republic in 2018.

Some Iran-made automotive components such as engine cooling systems, suspension and casting parts have been exported to the Russian market in recent years.